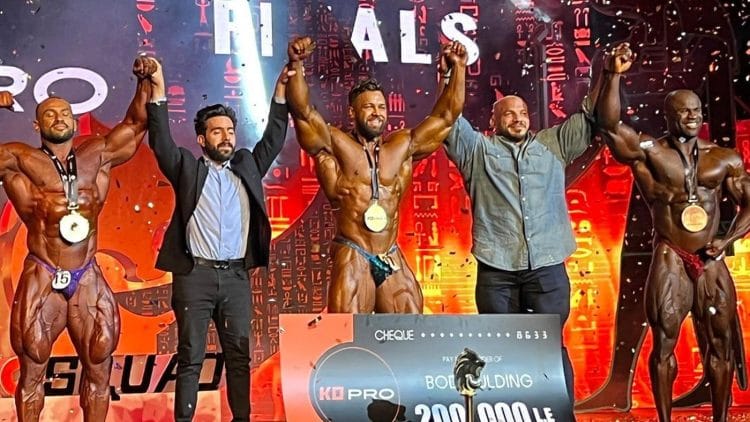 The 2021 KO Egypt Pro bodybuilding contest took place October 31st, in Cairo, Egypt. This is the complete results of this huge competition, as well as who has earned invitations to the 2022 Mr. Olympia.

It has been a busy last few weeks for the world of bodybuilding, and it continued on with the KO Egypt Pro. Between the Arnold Classic and Mr. Olympia taking place just two weeks apart, and the plethora of major contests that have taken place afterwards, it has been a great time to be a fan of the sport.

This time around, the IFBB Pro League took a stop in the Middle East, featuring a ton of athletes from this region that are often overlooked by western audiences. Additionally, this was a men’s only competition, with Men’s Open, 212, Classic Physique, and Men’s Physique being the only divisions to take part.

That said, it was more than just local talent competing at the 2021 KO Pro Egypt, with some of the biggest names in the sport attending. Among these was the likes of Samson Dauda, Regan Grimes, and Cedric McMillan, to name but a few.

Each and every athlete who took the stage over the weekend had one major goal in mind: to earn an invitation to the 2022 Mr. Olympia. When all was said and done however, only the winners in each division were able to qualify.

Congratulations are in order to all of the winners at the 2021 KO Pro Egypt bodybuilding contest. It was a great weekend of competition, and this added to it.