As they prepare to face off at the 2021 New York Pro, Blessing Awodibu and Nick Walker continue to throw shots at each other other online 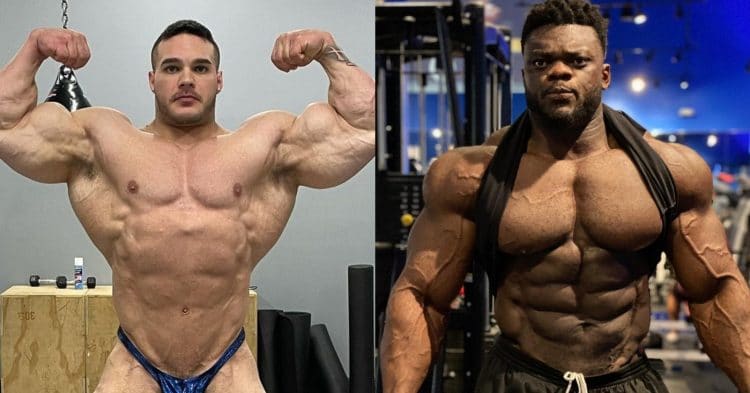 The rivalry between Blessing Awodibu and Nick Walker has made the anticipation for the 2021 New York Pro unbearable high. Their beef is starting to reach new highs though, after a recent exchange between the two online.

It is quite rare that you see the type of hype and anticipation for a newcomer’s pro bodybuilding debut, that you see for Awodibu. The Irish bodybuilder has not competed in several years, but he is finally set to make his pro debut at the Indy pro in just over a month.

Shortly after that, win or lose, Blessing will make a quick turnaround to compete at the 2021 New York Pro. Also competing at the event, which is held in Florida this year, will be fellow bodybuilding prospect Nick Walker, who also hopes to earn an invite to the 2021 Olympia with a big win.

Ahead of their matchup, Blessing Awodibu and Nick Walker have been talking a gang of trash about each other, practically nonstop. Even after saying they were going to back off on this smack talk, they still continue to trade barbs on social media.

This was seen yet again, after they each posted physique updates to their Instagram. It all started with a post from Blessing, hitting a side pose to show off his abs. All things considered, he actually looks pretty solid with a fairly tight midsection.

This update prompted a response from Walker, who shared his own physique update that showed off his legs. Here he took a jab at Blessing, saying that he was tired of seeing the same old ab updates from his rival, challenging him to show his legs instead.

This response resulted in Blessing coming to the comments section to throw some shade back in Nick’s direction. The two then went back and forth in a hilarious exchange of words calling each other out on their flaws.

“Don’t play with me assman lol you need to find a way to make them quads longer , short af 😂” Awodibu wrote before adding

“and I’m the master you the puppet, I tell you what to do you don’t tell me what to do remember that 😂 #theboogiemanshow”

“Your legs are to long and your upper body to short, lopsided boy,” Walker said in response, prior to adding

“the stage will say it all #boogiemanwho?”

It seems like the beef between Blessing Awodibu and Nick Walker will only be settled when they face off on stage against each other, and maybe not even then. Fans can hardly wait to see how they look when the time comes.