The date and location for the 2021 World's Strongest Man has been tentatively announced, seeing them make a return to the west coast 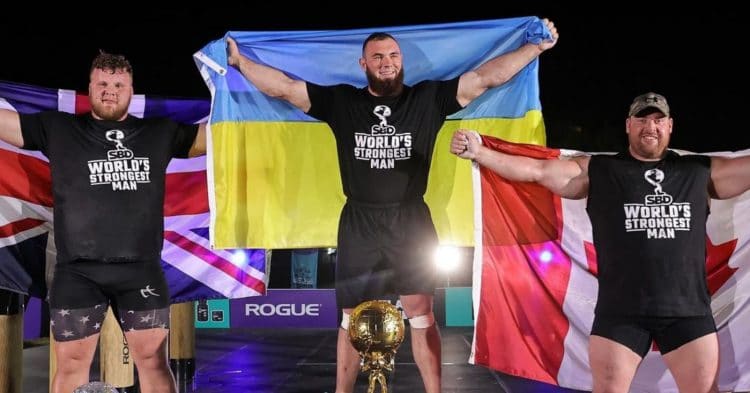 The World’s Strongest Man contest has not taken place in California in seven years. However they are going to be returning to the west coast this year, according to an announcement.

2020’s WSM contest took place in Florida, after having their dates moved on short notice. This shakeup was due to the global pandemic, and left the event taking place in November, rather than it’s original May date.

In the end, aside from a small setback due to weather on the first day, the contest went ahead without an issue. This resulted in seeing a new champion crowned, as Oleksii Novikov won the event and scored a world record in the process.

Now it appears that the 2021 World’s Strongest Man is getting a major change in location. According to an Instagram post, this year’s edition of the contest will be taking place in Sacramento, California.

On top of that, the dates of the contest were revealed to be June 15th-20th. The news was revealed with a short video message from legendary strongman athlete and referee Magnus Ver Magnusson.

“Here, years after the gold rush, our athletes will do battle to find out who will be the SBD World’s Strongest Man.”

As it turns out, this is not a one-time move, either. Further reports have revealed that this will be the first of three years where the WSM will take place in Sacramento.

It is confirmed that this year and next year will take place in California’s capital, but the third year has yet to be officially announced. This is all part of a multi-year deal with the Visit Sacramento Sports Commission (VSSC).

As for the television broadcast of the World’s Strongest Man, like other years previous it will be aired on tape delay after the contest concludes, with a date to be revealed later. It will air on CBS Sports Network and CBS Television Network.

This will be the first time that the contest has taken place in California since 2014, and just the third time since the turn of the century. It will be a massive change of pace from the Bradenton, Florida location, which has played host for the last two years.

As is always the case in this current day and age, the dates of the 2021 World’s Strongest Man are subject to change. For now, you can mark your calendars for the middle of June, to see the best strongman athletes in the world go head to head.