Here is what the athletes will have to do in order to claim the last two tickets for the finals. 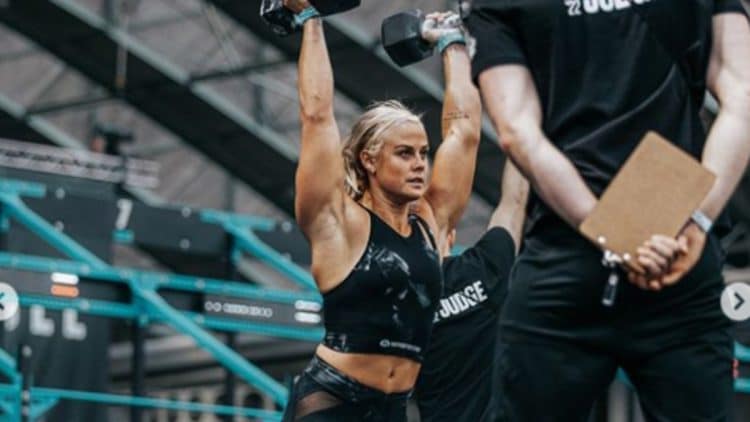 The greatest event in the world of CrossFit, which is the 2022 CrossFit Games, is set to take place from Aug.3-7, 2022, in Madison, WI. The roster for this competition has almost been fully formed following the completion of all ten Semifinal contests. However, two spaces remained open in each division, and they will also get occupied by the top finishers at the 2022 CrossFit Last Chance Qualifier.

The three highest finishers from each Semifinal competition, who narrowly missed securing their place in the 2022 CrossFit Games, will take part in the Last Chance Qualifier. So, some of the greatest competitors from multiple continents will go against each other on June 29 – July 1, 2022, in an online format of competing. They will perform four workouts, which have recently been revealed, and the two greatest men and women will go to Madison.

Since the athletes will have to send video submissions, similar to what they did in the quarterfinals, they will also have a deadline.

Related: Mat Fraser Opens Up On Getting Sober At 17: ‘Addictive Personality Can Be a Benefit’

Originally, the 2022 CrossFit Last chance qualifier was supposed to consist of 30 athletes in both divisions. However, not all of the athletes wanted to compete, so the men’s division will see 23 guys battle, while 20 women will be doing the same.

As they will be battling against the greatest athletes from other continents, the competitors in the 2022 CrossFit Last Chance Qualifier might be facing one of their most difficult challenges yet. However, this also means that anyone who qualifies for the 2022 CrossFit Games will also be a huge threat to anyone there.