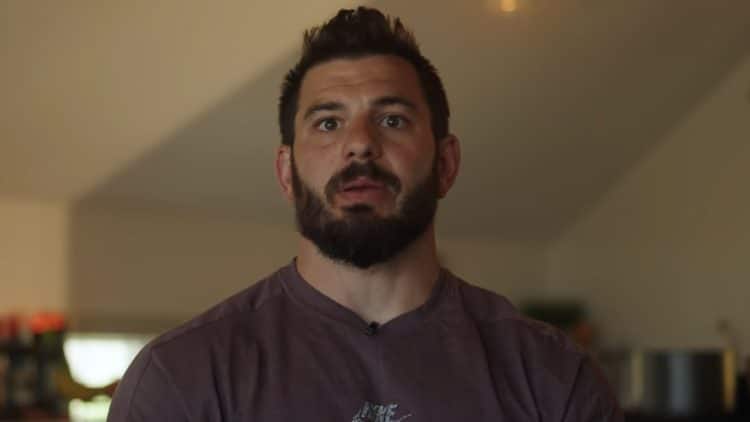 The 5x Fittest Man on Earth®, Mat Fraser, has encountered many setbacks throughout his life and overcame all of them successfully. One of the greatest ones was the alcohol addiction from which he suffered during his childhood years. Mat realized how big of a problem it got on time, which resulted in him becoming one of the greatest CrossFit athletes in history, writing a book, and now indulging in a coaching adventure.

On May 3, 2022, Mat Fraser shared his experience with alcohol addiction on his YouTube, while visiting The Phoenix for a training session. The Phoenix is a sobriety community, which is officially partnered with CrossFit. They are a very supportive community with multiple rules set up with the aim of improving the recovery process.

In the video, Mat Fraser opened up on how he got sober at the age of 17, and even explained that the addiction goes back to his fourth-grade experience.

“I can’t keep up these habits and try to call myself an elite athlete… We started drinking and drugging at a pretty young age… fourth grade, after school, like messing around trying new things.”

Mat Fraser stopped abusing alcohol because of the feeling that he disappointed his father, while also realizing that his sporting career would not thrive if he continues going down the same path. After winning the silent battle against alcohol, Mat now wants to help anyone encountering the same problems as he had.

“At this point, I would like to go to meetings for the sake of other people… I have no desire to drink, I’m very comfortable there, but if I could be there to help somebody else or even just be an ear to chew on.”

After dropping the alcohol, Mat Fraser started doing multiple training sessions a day before and after school. Mat trained so intensively so he could get a sense of satisfaction and not pick up alcohol again.

“I felt like I had to do something in excess… That was the start of me identifying that having this addictive personality can be a benefit if I am addicted to things that have a positive outcome.”

Mat Fraser also attributes his success in the act of sobriety to the community which surrounded him. After seeing some benefits of not drinking alcohol, it was much easier to not pick it up again. CrossFit played a big role as well.

“It got very easy once I started doing CrossFit because you are surrounded by people that care about their health and recovery.”

Related: Mat Fraser Blasts Intense Back and Bicep Workout With The Buttery Bros

It is incredible to think that one major decision in Mat Fraser’s earlier life has had so much effect on everything that would come after it. He retired from competitive CrossFit in February 2021, so he now has more time to focus on other aspects of his life. Mat decided that he wants to help other people by at least revealing his story.

Despite not competing anymore, Mat Fraser still has a lot to look forward to in the next few months, as he is the coach of Justin Medeiros and Mal O’Brien for the 2022 CrossFit Games. The event will take place on August 3-7, 2022, in Madison, WI.