The 2022 FitMuscle Pro show is in the books as Latoyia Farley took first place and secured her invitation to the upcoming 2022 Olympia show. 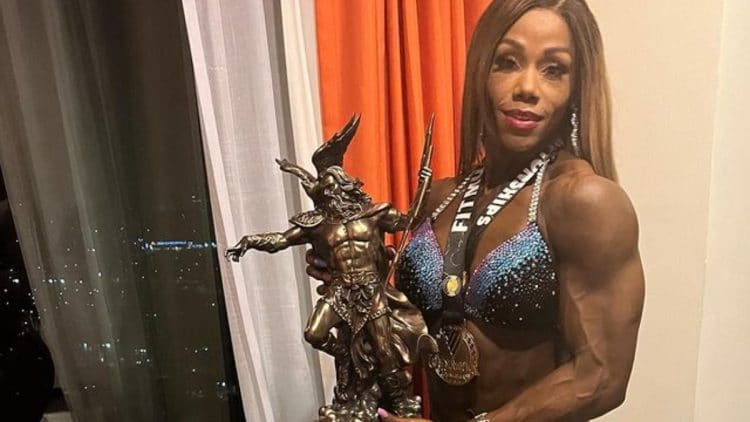 The 2022 FitMuscle Pro took place over the weekend, April 23, 2022, in Guadalajara, Mexico and saw the Women’s Figure division headline the event. After impressing the judges, Latoyia Farley walked away victorious, clinching her invitation to the upcoming 2022 Olympia.

Latoyia Farley emerged as a preeminent threat in the Figure division after her dominant victory at the 2020 Tampa Pro. Earning an invitation to the 2020 Olympia, Latoyia battled on stage with some of the world’s best and placed in 14th. Last year, Latoyia competed at three shows, and managed to earn a top-5 distinction at three of those events. One of her more notable performances came in 2021 after she placed in third at the New York Pro last May.

After gathering momentum from last year, Farley took her talents to the 2022 Wasatch Warrior Pro and placed in fifth. Accustomed to adversity, the IFBB Pro dusted herself off and found success at the FitMuscle Pro over the weekend. With her second Olympia invitation in the bag, fans are excited to see what improvements she will make to her physique for the biggest show of the year.

You can find the full results for the event below 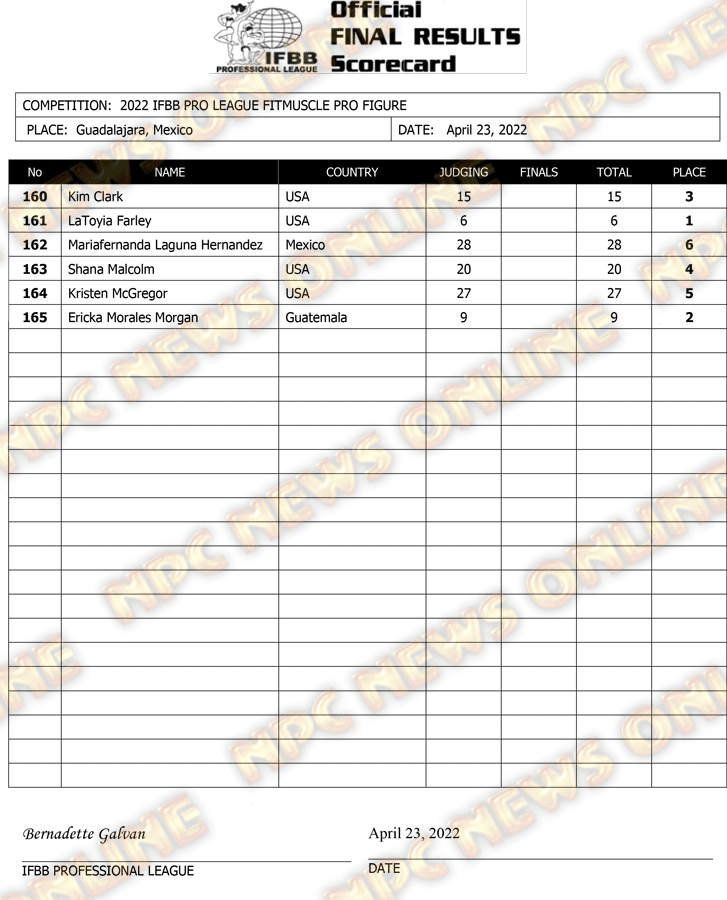 As seen above, Latoyia and Ericka Morales Morgan took part in a tight race for first place. By the end of judging, Layoiya edged Morgan by three points to secure the victory. After winning the FitMuscle Pro title over the weekend, Latoyia Farley has earned her invitation to compete in the Figure division at the upcoming 2022 Olympia.

Fitness Volt would like to congratulate all of the competitors who took part in the show and especially Latoyia Farley on her victory at the 2022 FitMuscle Pro!