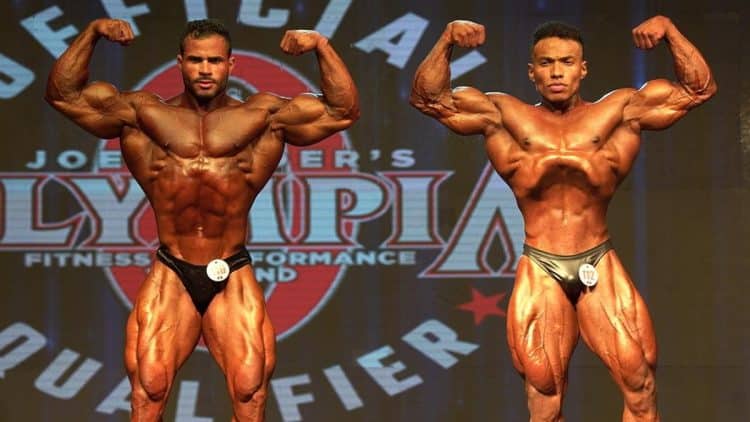 A number of Classic Physique competitors battled on stage this weekend at the 2022 Musclecontest Ironberg ABC Pro. The show served as a 2022 Mr. Olympia qualifier and took place in Santo Andre, Brazil on September 24, 2022.

The bodybuilding season is underway as athletes continue trying to earn their invitation to 2022 Mr. Olympia in their respective division. This year, the 2022 Olympia contest will take place from December 15 – 18, in Las Vegas, Nevada.

Any Classic Physique bodybuilder who placed in the top three at the 2021 Mr. Olympia contest will be automatically invited to compete at this year’s Olympia contest. Athletes have until November 21, 2022, to earn their invite to the sport’s most prestigious event of the year.

Diego Galindo and Fabio Junior had an intense battle on stage. Both impressed the judges after a number of call outs. In the end, Fabio Junior won the title and earned his spot at 2022 Mr. Olympia.

Check out the top two from the contest:

Fitness Volt looks forward to seeing the winner on the 2022 Mr. Olympia stage later this year!