The 2022 Kuwait Pro concluded and Urs Kalecinski picked up another Classic Physique title. 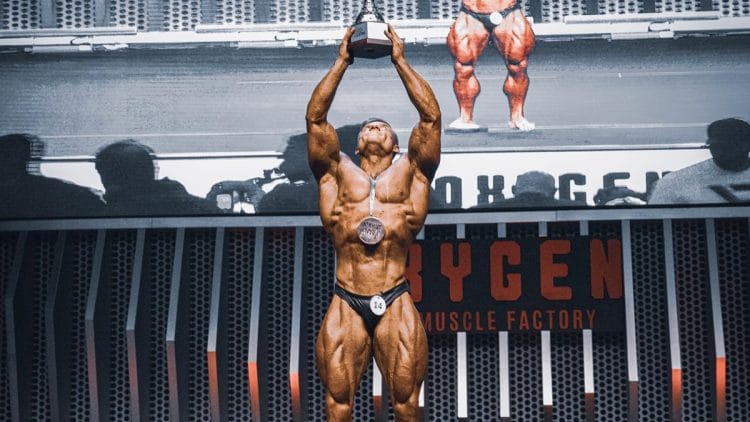 The 2022 IFBB Kuwait Classic Pro featured a stacked lineup of talent and bodybuilders took the stage and presented their best package looking to take home gold. In the end, Germany’s Urs Kalecinski walked away with yet another Classic Physique bodybuilding title.

Entering the contest as one of the more popular competitors, Urs Kalecinski returned and competed at a major show for his third consecutive week. At the beginning of the month, “The Miracle Bear” attempted to dethrone defending champion Terrence Ruffin at the 2022 Arnold Classic but ended up in third place behind Ruffin, and the rising Brazilian contender, Ramon Rocha Querioz.

A week later, Urs was back and stormed the East Coast Boston Pro stage where he nailed first place. Following the event and performance by Urs, it seemed as though a paradigm shift was coming in the sport. The Boston Pro featured Classic Physique competitors last, and some notable figures in the bodybuilding community took notice. In fact, Muscular Development’s Ron Harris and Jose Raymond both agreed that Urs has the potential become the sport’s biggest star.

With yet another victory at the 2022 Kuwait Classic Pro, Kalecinski’s conditioning at such a young age is a sight to behold. With Classic Physique starting to rival the popularity of Open Men’s bodybuilding, the future is bright for Urs, especially after winning back-to-back shows.

In Men’s 212, Naser Mohamed was pegged as an early favorite, but Anwar Al Balushi took over the stage and managed to secure first place. A total of three divisions were present at the 2022 Kuwait Classic Pro.

The official results are in, you can check the full results and scorecards from this contest below.

Fitness Volt congratulates all of the participants and winners at the 2022 Kuwait Classic Pro!