Julius Maddox has not given up on the 800 lbs bench press milestone. 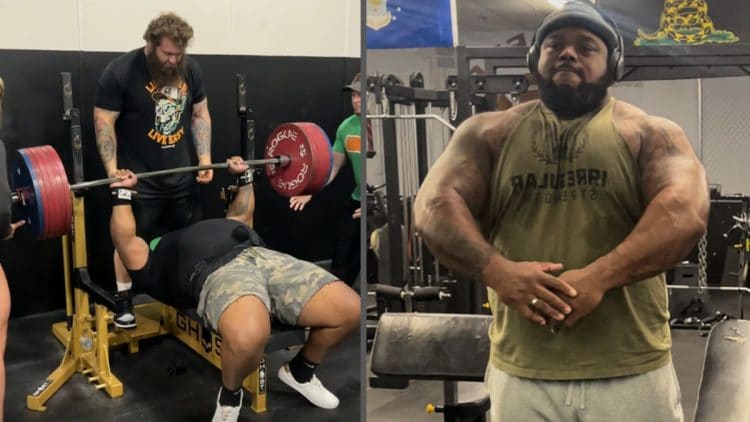 Julius Maddox is still the official bench press world record holder, even though Danial Zamani unofficially lifted 800 lbs. Julius took a minor break to recover and rest before starting his journey towards an official 800 lbs bench press world record. In addition, it seems to be going extremely well, as he is moving some heavyweight in training. On March 17th, Julius posted a video in which he can be seen bench pressing 685 lbs (310.7 kg) for three repetitions.

Judging by the video, it is clear that Julius is extremely powerful. He only used a lifting belt and wrist wraps to aid him in the lift, which makes his recent bench press raw. Julius also attempted the 4th rep, but could not lock it out.

“Failed the 4th rep! Failure is Necessary. Loads are getting heavier and I need to pay more attention to detail. Rushed my setup, which caused my whole set to be unstable. Will clean this up over the next few weeks.”

Julius also attempted the 800 lbs on two separate occasions, and both were unsuccessful. The reason for his first failure was a weight misload. However, on his second attempt, Julius Maddox was simply not in the shape to be able to lift that much weight. Now he is back in training, chasing the 800 lbs bench once again.

Julius Maddox has been a bench press specialist throughout his entire powerlifting career. He took part in 17 sanctioned competitions and did not perform the squat or deadlift once. Maddox is currently 34-years-old and is still capable of competing at the highest level for a few more years.

It is nice to see Julius Maddox coming back to his best. It is unclear when Maddox will compete again, but he looks satisfied with how things are going at the moment. He was supposed to take part in the C.T. Fletcher’s Iron Wars earlier this year, but the competition was called off at the last moment.