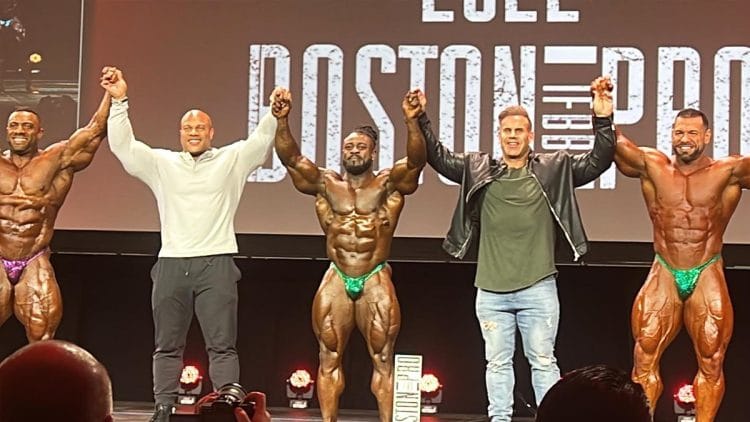 The IFBB Boston Pro 2022 took place this weekend on Saturday, March 12, 2022 at Sheraton Boston Hotel, Boston, MA. Following the 2022 Arnold Classic last weekend, top competitors are back and in search of another bodybuilding title. The Boston Pro show featured a stacked lineup of talent, with enticing storylines, battling for the grand prize. William Bonac put forth an impressive showing and secured first-place.

One massive favorite heading into the Men’s Open contest is William Bonac. He had a stellar showing at the 2022 Arnold Classic and pushed Curry to the brink during the finals on day two. Bonac had such a strong showing in Ohio that many fans actually thought he won.

After missing the Arnold in 2021, 2020 Arnold Classic champ Bonac returned with a vengeance in Columbus last week. Surely a chip is sitting on his shoulder after narrowly losing to Curry in Columbus, Ohio. Third-place finisher at the 2022 Arnold, Steve Kuclo also joined the Boston show looking to improve on last week’s performance. Meanwhile, fourth-place finisher Samson Dauda impressed last weekend and has the physique to give some of the most seasoned bodybuilders fits on stage.

One bodybuilder that was not on stage at the 2022 Arnold Classic but still attracting a lot of hype is Phil Clahar. Clahar has a well-rounded physique and a highly developed upper body. Sometimes mystery can be a weapon at bodybuilding shows, and when Clahar comes in peeled condition, he could undoubtedly shake up the Men’s Open landscape at any show.

2022 Boston Pro Winners From All Divisions:

Winners from each division at the Boston Pro contest will qualify for the 2022 Olympia.

Boston pro is a TIER 4 CONTESTS so the competitors from 2nd through 5th place will get the following points as per OQS (Olympia Qualification System).

The top 3 athletes with the highest point totals in each division will qualify to compete at the Olympia.

Fitness Volt congratulates the winners on their big victories at the 2022 Boston Pro show.