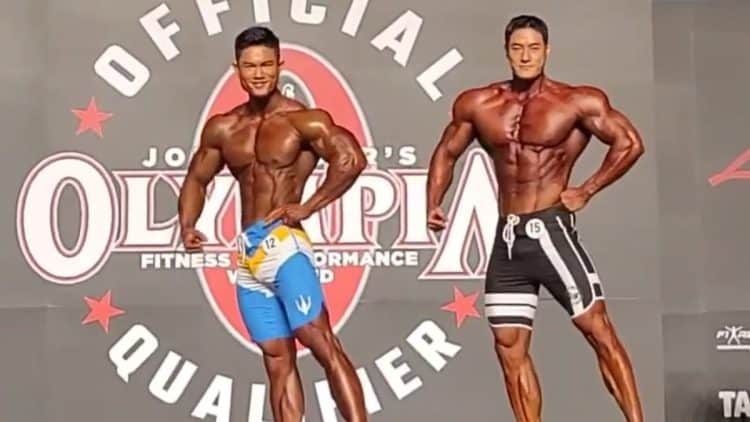 The 2022 Taiwan Pro is one of the first Mr. Olympia qualifiers for next year’s contest (2023). Men’s Physique and Bikini competitors took to the stage on November 26 in Kaohsiung City, Taiwan for a chance to qualify early for bodybuilding’s biggest event of the year.

A total of 13 Men’s Physique competitors and eight Bikini contenders brought their best packages possible to Taiwan. The deadline to qualify for this year’s 2022 Mr. Olympia event ended on November 20, 2022.

Any bodybuilder to emerge victorious at this show will head into the new year with a major advantage. Instead of gunning for a qualification throughout the next season, they can build their physiques with the extra time.

The 2022 Taiwan Pro results are in the books, with Jay (Ming Chieh Tsai) winning the Men’s Physique title and Jibin Park being crowned champion in the Bikini division. Find a full list of results and winners below:

Fitness Volt congratulates the winners, and we look forward to seeing you compete next year on the Olympia stage.