To prepare for the action-packed reboot of the 2001 classic starring Angelina Jolie, Alicia Vikander took on seven grueling months of intense training and a protein-packed diet.

“Can my body handle this?”

The question must have come up while Vikander was transforming into action heroine Lara Croft for the reboot (in theaters March 16) of the 2001 film Tomb Raider. To get into top physical shape for the role of Lara Croft, Vikander underwent a 7-month training program, according to a new report from USA Today. With some careful help from Magnus Lygdback, a health and wellness trainer, the Ex Machina actress stacked on 12lbs of muscle to her naturally petite frame.

Exactly how did she do it? According to the report, Lygdback had Vikander strength training, eating a ton, and only doing minimal cardio. Vikander told Entertainment Tonight:

“On this job, it was the first time I was expected to do as much muscle and weight training as I’ve done. I’ve really felt it very empowering, and I still feel like I have a physique, I already wanted her to be a strong, physical girl. This film is about her becoming the action hero we know her to be.” 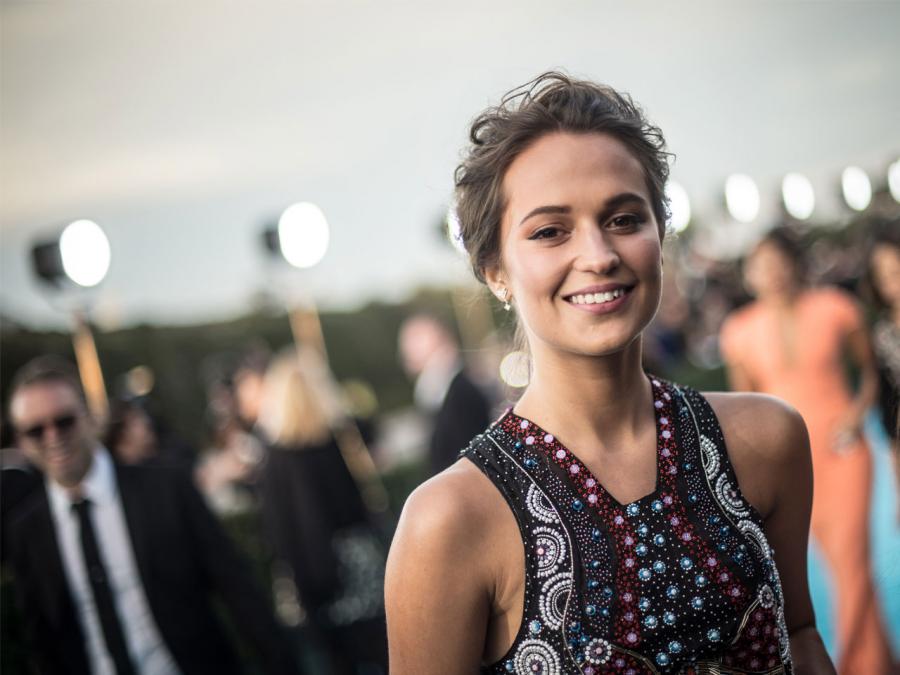 But sculpting an action hero physique wasn’t the only aspect that Vikander had to get ready for filming—she also had to hold her own during the complicated fight scenes. So Lygdback incorporated no-nonsense MMA-style training into her routine, along with swimming and rock climbing. All in all, Vikander trained for about an hour a day six or seven times a week leading up to the shoot, and during filming would train as early as 4 a.m.—before she had to go to the makeup trailer.

As for her diet, Vikander stuck with balanced foods that contained tons of protein. “For breakfast? Three poached eggs. Lunch consisted of a fish or other protein, slow carbs like potatoes or quinoa, and vegetables,” according to USA Today. In-between meals, she’d turn to protein-rich snacks for a quick boost.

If you’re trying to add muscle to your frame just like Vikander did for Tomb Raider hard work and dedication is the key. As Lygdback told THR:

“We got some pretty freakish results. But the hardest part for her was when I would force her to take a day off to recover.”

Breaking: Shawn Rhoden & Hadi Choopan OUT Of The Arnold Classic