The Chemical filled Brazilian brothers dubbed Hulk and Conan aka Tony Geraldo, 49 and Alvaro Pereira, 50 inject themselves with chemicals to create 28″ biceps. The pair, from Rio de Janeiro, inject themselves twice a week with Potenay B12 – a drug normally used for horses and cows.

“They are obsessed with getting big and idolize Arnold Schwarzenegger.” 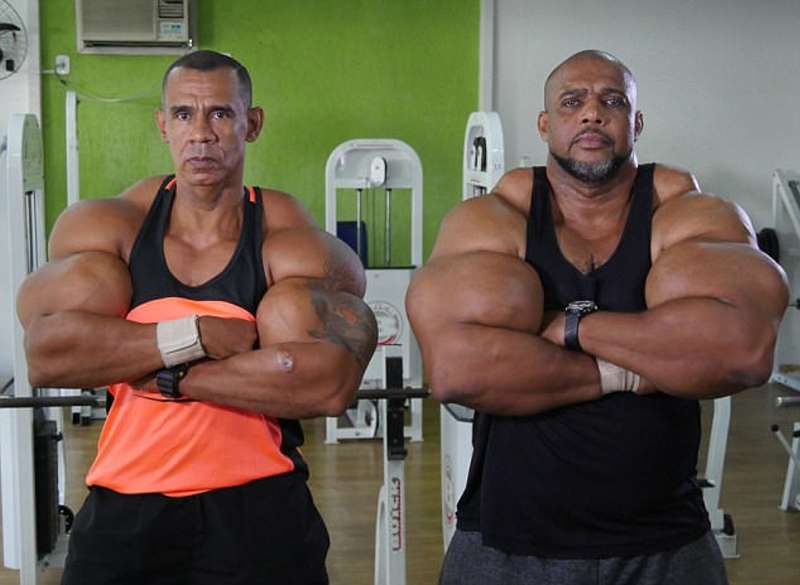 The brothers inject themselves twice a week with Potenay B12, despite being warned to stop by their doctor, the Mirror reports. This chemical is highly addictive, causes depression and damages the liver and kidneys, according to one Brazilian health blog. 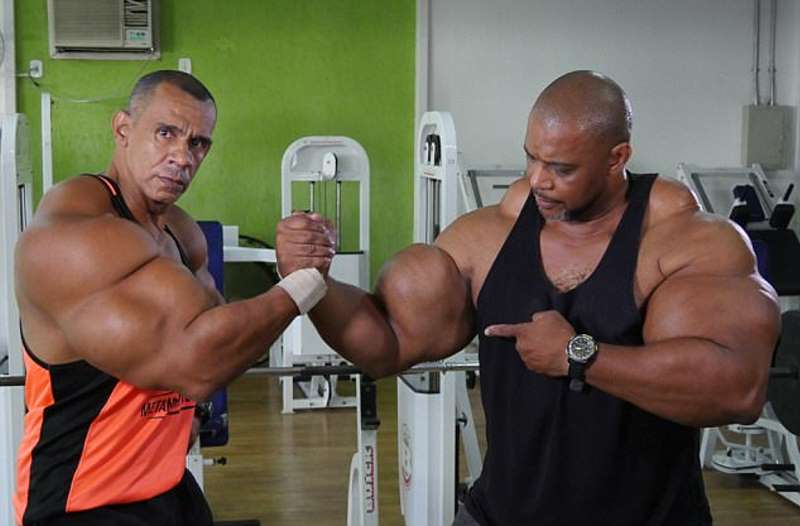 But when Tony was challenged by his wife of 27 years over his use of the substance, he told her she would have to leave him if she doesn’t like it.

“My wife does not like this. However, I am pleased with myself. She has to accept me like I am, or we will have to go our separate ways. I usually tell my wife that she’s the only one who doesn’t like me. Other women love my size, they love it.”

As well as the injections, the pair reportedly also munch up to 12,000 calories a day between them – often getting through 12 bananas and six egg whites before a workout. 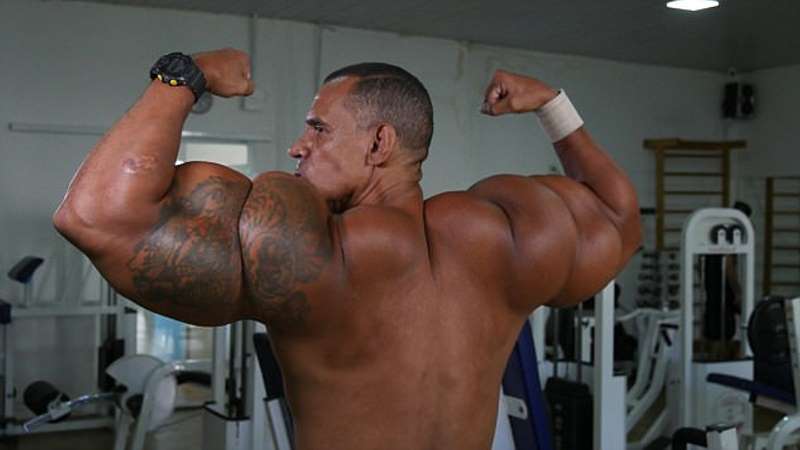 “Back then we were [addicted]. Today, no. We have it under control.

People around me didn’t let me go on the wrong path and I did the same with my brother.

He always wants to be bigger, but I always tell him that we need to be careful.

Now, I am known as The Hulk, The Giant, The Great Wall, The Wardrobe and Big Arms.”

But the 21-year-old posted on Instagram that his “bazooka arms are about to fall off” after medics warned him he faces paralysis and amputation.

Doctors warn that could suffer a stroke or even die.

Conor McGregor: Mayweather Is ‘Out’ Of MMA Fight Negotiations ‘I’m Proud of You Son.’