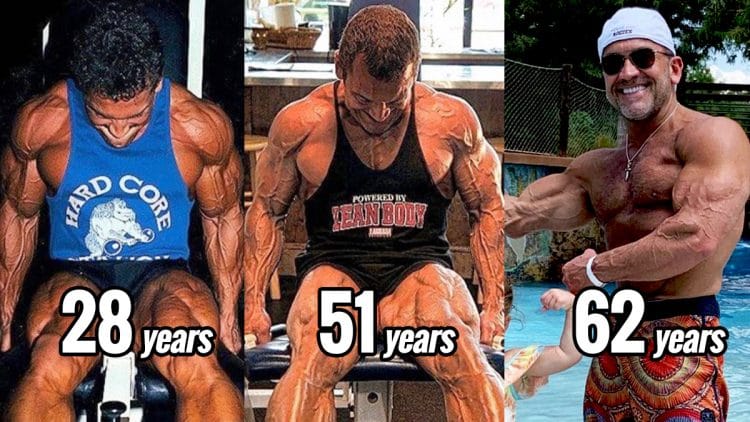 Lee Labrada made waves during his bodybuilding tenure and has made a successful foray into fitness nutrition as of late. In a recent post on social media, Lee Labrada shows off his longevity with side-by-side pictures depicting his physique at 28 years old and again at 51 years old.

For seven consecutive years, Lee Labrada managed to place in the top-4 at Mr. Olympia. Despite it being a quarter of a century since he last competed, Labrada has no intentions of letting his physique go. He maintains a busy schedule in retirement, and still lifts plenty of weights to stay in shape.

Other than his aesthetic physique, Lee is known for his incredible attention to detail when it comes to posing. Last year, Lee met with two-time Arnold Classic champion Terrence Ruffin and practiced posing together. One unique area of concern that Lee emphasized was the importance of matching timeless music with any subsequent posing routine. In addition to helping the next era of bodybuilders, Labrada has always made the necessary sacrifices to preserve his physique. Decades later, his commitment to a healthy body has not changed.

In a recent Instagram post, Lee Labrada shares a motivational photo depicting his physique during two periods of his life.

Bodybuilding is the closest thing we have to the fountain of youth. Exercise regularly, eat clean year-round, get lots of rest… live the lifestyle.” Lee Labrada shared.

Despite being in his sixties, Labrada maintains a very active lifestyle. With the experience he’s gained in the sport, he often provides guidance to his fans for optimizing performance and living healthier. For instance, Lee stresses making proper dietary choices that maximize muscle restoration. Labrada believes eating whole food meals, consisting of carbohydrates and protein 90-minutes before a workout is best when looking to increase muscle mass.

Lee remains committed in the gym and shared an inspiring physique update at 61 years old. With his son Hunter Labrada following in his footsteps, Lee is able to impart the wisdom he’s collected throughout his bodybuilding tenure. Judging by his father’s accomplishments in the sport, Hunter has a bright future ahead as an IFBB Pro.

Labrada’s dedication to living a long and healthy life is a continued effort. After sharing his physique in a side-by-side layout, it’s great to see Lee inspiring others while enjoying retirement.