A Comprehensive Guide to Bodybuilding on the Ketogenic Diet

I have been procrastinating heavily with regards to writing about what I call Anabolic Keto. Part of the reason is because it’s something I came up with and I guess it’s sort of ‘mine’ and I want to hang on to it until I’m sure about everything I’m talking about. Which brings me to my second reason for procrastinating this long, and that reason is I don’t have any science to back it up per se. I know it works. I know the theory behind it is sound, but until some guys and gals in lab coats do a double-blind test and then repeat the results, what it is that I’m going to talk about technically constitutes bro science.

Which got me to thinking. I remember a time when science proved that high reps were responsible for low body fat levels, and low-fat, high carb diets were the best way to get ripped. The best way to put on muscle was to only do the basic lifts and eat until you couldn’t eat any more. That was if you were into lifting weights. If you were into fitness, cardio was the ticket to the ultimate body with none of that bulky muscle. Science proved all of this, and yet somehow they were wrong.

My point being that science in the industry of fitness has a funny way of proving that whatever exercise fad is occurring at the moment is superior to what came before it. Therefore crossfit and HIIT is the best way to build muscle and loss fat and bodybuilding is no longer cool as the goal now is to look like the cover of either Oxygen or some men’s magazine. Fitness trends are a good gauge as far as what the look of the day is and the method that those who chose it most often use to attain it. What those trends do not necessarily prove, regardless of the science that is used to back it up, is that the method is necessarily the most effective. Trust me, whatever is coming next will prove how wrong everyone now is about what they are convinced is so right.

Which brings me back to anabolic keto. If I know something works, and the theory and logic behind it is reasonable, why do I need popular science to verify what I already know? I don’t, so moving on.

Anabolic keto is a whole lot like carb backloading. 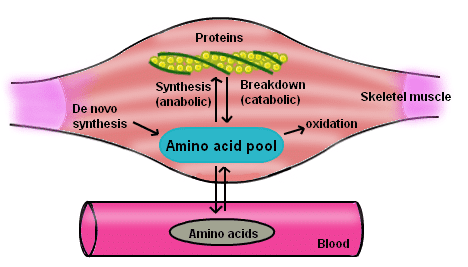 I had no idea what backloading even was when I was using this method to both grow muscle and get lean simultaneously. I got started down this path by way of intermittent fasting. I used that to a degree of success (mostly fat loss, not so much muscle-building) and wanted to tinker with it to make it better. I liked the underfeeding period for fat loss and the overfeeding period for muscle gain theory. I made sense. In my mind it was possible to get lean while fasting and then overfeed briefly to build muscle. The only problem was that the muscle-building never happened. I got very lean, but never did I gain muscle mass of any appreciable amount.

The period of fasting was just too long and the result was most likely catabolism. This may have been mitigated somewhat during the overfeeding stage, but mitigating muscle loss is not at all the same thing as muscle growth. More nutrients needed to be consumed in order to gain muscle, but they had to be ingested in such a way as to still allow fat loss.

There was only one method I knew of that could use body fat as fuel 24 hours a day, and that was ketosis. I have written extensively about this method as I believe it to be superior to all when it comes to physique transformation. I therefore knew that the ketogenic diet was going to be a component.

Another factor that I had to deal with was that I trained early in the morning. Carb backloading requires one to train in the late afternoon, thereby enhancing ones insulin sensitivity at a time when it normally is low and consuming carbs afterwards to take advantage of this heightened state. I didn’t have the option of late afternoon training at the time and had to work around my schedule. The second factor I had to deal with that goes contrary to carb backloading is that I didn’t want many carbs involved as I wanted the diet to remain ketogenic, so it was back to the drawing board. 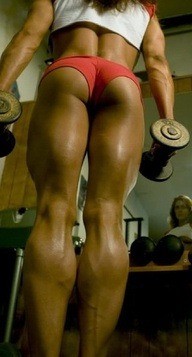 I eventually married these two dieting theories and further added more of what I felt it needed to be successful. What I came up with was nothing short of amazing as far as results were concerned.

I began the day by weight training in a fasted state. I covered the reasons why this is ideal for fat loss in my pre, intra and post nutrition series. The theory being that carbohydrate consumption and to a lesser degree even protein consumption, will lower the levels of testosterone in the body. This hormone we want elevated in order to build muscle and lose fat.

Following the training I would have my first feed of the day. I didn’t want to consume any carbs at all, as once carbohydrate enters the system fat loss will dramatically slow. I consumed a high protein, high fat meal instead to encourage my hormonal response to weight training to continue and to allow fat to be used as my primary fuel source. This is the way I would continue to eat throughout the day. Protein and fats. No carbs. I mean none. No vegetables, fruits, nuts, or seeds. Nothing with any carbohydrate content what so ever. I only ate small meals consisting of protein and fat. Eggs cooked in coconut oil. Meat fried in oil. Food sources such as this. Pretty bland and pretty dull.

Then later on in the day I would consume a meal that was still protein based, but also consisted of vegetables and maybe a low GI carb source. This would be my period of overfeeding. This was the meal that I would both get all of my vitamins and minerals and fiber that had been missing throughout the day, and it would be the one meal that I would make much larger and eat until I was completely satisfied. Upon its completion I would no longer eat again until after my next training session the next morning.

To break this down the day would go as follows: it begins with hormonal optimization by training in the fasted state, and the body is given the protein it needs upon the completion of training to begin the repair and hypertrophy process, and fats are included to keep the anabolic hormones elevated. Then later on in the day a larger meal that will provide insulin release in order to allow for a period of enhanced muscle recovery and hypertrophy. This is then followed by a period of fasting from the completion of the meal until the completion of training the next morning, which usually was a 12-hour period. 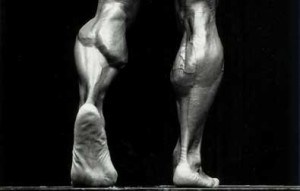 I personally found this combination to be highly effective. I got lean and hard, and still made progress regarding muscle-building. Not as much as I would have doing a traditional bulk, or the backload bulking hybrid that I’m now experimenting with, but still some solid gains.

As I said earlier, I have no science to back this up with a few exceptions: I know fasted training elicits a higher hormonal response than training in the fed state. I know that remaining in ketosis will force the body to utilize fats for energy as its sole fuel source. I know that adhering to a ketogenic diet all day will allow the body to produce higher levels of muscle enhancing testosterone. I know that the overfeeding period will result in a form of super compensation that shuttle nutrients to muscle that will cause an anabolic state. I know that the fasted period following the overfeeding period will result in the body once again returning to its state of ketosis long before the next day begins. I guess I look at it that way, it’s pretty hard to argue that there is any better method than this, as of yet unheard of method, in order to lose fat and build muscle at the same time.

Train Like A Pro: How Hard Do You Really Go?