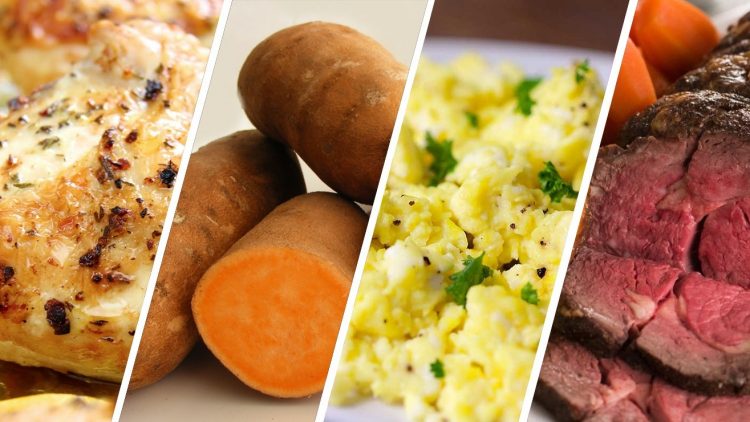 What is more important, what you eat or how much you eat? Is a calorie a calorie? Does the IIFYM approach work the same as the clean eating approach?

Matt: A calorie is a calorie, yes. Your total calories are the greatest factor in determining whether you will either lose fat or build muscle. As most of you know it doesn’t matter what your macro split is, a surplus of calories are needed to build muscle and a deficit is needed to lose fat.

Having said that, a calorie is not a calorie. Eating 1000 calories of sugar will have a much different effect on you than will eating 1000 calories (or whatever number you chose) of either protein or fat. The effect on insulin alone being a pretty obvious factor. It’s going to go through the roof and put you in full fat storage mode. Not to mention the ensuing crash that will follow leaving you hungrier than you were before you ate all that sugar.

Eat 1000 calories of fat and you’re going to feel full an awful lot longer. The hunger blunting effect of protein will make for the same result. So yes, the total calories that you ingested may be equal, but you are more likely to eat more when eating simple sugars than you are when eating complex carbs, fats or proteins. This is just one example.

This means that to answer the first part of the question, it not only matters how much you eat, but what you eat as well. Which leads me to the second part.

My feelings on IIFYM for the beginner or intermediate who is serious about attaining a healthy and lean physique are that they should not go this route. To me a big part in a having a great body is having a healthy body. Even just for aesthetic reasons it shows. The health of your hair, skin, eyes, teeth and so on are all going to betray your diet. If you really are really serious about getting lean and muscular then you need to be serious about eating clean too.

If you’re an advanced competitor in whatever field you are in and if IIFYM works for you, then more power to you. You obviously have an understanding of your body that few do. I still feel it would be best to keep your diet clean, especially seeing as nutrients are at a premium with the restricted calories, but to each his/her own.

For a new or even intermediate trainee who is seeking that look, I think that having the attitude that all that matters is that I consume the correct ratio of carbs/fats/proteins borders on having a really poor attitude towards ones health. It’s like saying ‘I don’t care if I’m healthy, I just want to get ripped’. If that’s how you feel then fine but I think you’re missing the point and ultimately will miss your goals as well.

Colin: No a calorie is not a calorie, I don’t like that thought process at all. Like Matt said 1000 calories of sugary snacks is much different from 1000 calories of chicken and broccoli. However I have a slightly different opinion on IIFYM. I do agree that it is dangerous especially for someone who isn’t at the more advanced stages. When I first heard about IIFYM I thought what a joke, just eat whatever you want regardless of the nutrition as long as in the end it fits your macros? However after doing a lot more research and thinking about it I’ve adopted somewhat of a similar approach. I believe a combination of IIFYM and “clean eating” is what works the best, at least for me.

I believe many people who try to eat clean all the time end up with binge eating problems. They will often have one relentless cheat day per week. Is eating clean for 6 days and then bingeing on junk on the 7th day really better than having a little bit of the other stuff you want every now and then? Granted some people can eat clean all the time and are just fine, so for them great, do what works for you. I don’t think that’s the case for the average person though.

So this is what I recommend for a combination of the two. IIFYM with specific fiber goals too. You aren’t going to be taking in 40-50 grams of fiber by eating ice cream bars and cupcakes all day, but you can probably sneak in a small treat if you want, which if you are eating healthy the rest of the time it’s unlikely to matter much if at all. Fairly similar to a 90/10 rule, which is another option that works well for some people. Have 90% of what you eat be the healthy things and the other 10% something else you want.

All of that said if you can eat clean all the time and have no adverse side effects by all means do it, that’s probably going to yield the best results. But if that’s not a likely scenario for you, perhaps this other approach will suit you well. I think for most people who are highly into health and fitness, they won’t treat themselves much anyway. We know better and want to fuel our bodies properly. Most days we’ll eat the right stuff all day long, but it’s nice to be able to slip in something else everyone once in a while and not have to feel bad about it too.

Sorry I just can’t say what you eat or how much you eat is more important, it needs to be both for not only the best physical attributes but also how you feel on the inside. Maybe you could eat less nutritious food for the same calories and lose weight if that’s your goal, but you’re going to be hungry and miserable most of the time. This experience should be a pleasant one that you enjoy, if it’s not you’ll never sustain it.

Dara: I totally don’t believe that a calorie is a calorie. There are too many other factors to consider when it comes to how calories are used and stored in our bodies to simplify it to just “a calorie is a calorie” and I’m not even talking about the fact that obviously if you eat nutrient dense foods you will feel more full and not fall into the sugar craving cycle. I’m talking about the hormonal effect that the food we eat has on us. It’s a bit more like Matt was talking about, with our diet affecting our skin and hair and other outward appearance of health. We know that our body has a different reaction to chocolate cake than it does to sweet potato, even though technically both are carbs. So no, I don’t believe in IIFYM from a scientific standpoint, although like Colin said, if it works for you then great! I agree though that for a newbie you are just asking for problems by doing IIFYM.

I personally eat clean with cheat meals. As a competitor I have to weigh and track my food, but for the most part I want to encourage other people to get away from the numbers. Stop counting calories and grams of protein and fat and carbs, because it’s stressful and time-consuming and not sustainable. Focus on the quality of your food with the occasional guilt free treat or meal, whatever works for you. IIFYM encourages people into a “bare minimum” mentality. How much crap can you eat within your macros and still get lean? It’s counter productive and unhealthy. By focusing on what you are eating and thinking about fueling your body with quality fuel you will become an athlete, not just a gym rat or meathead.