If gaining muscle is on the forefront of your goals, this series I’m about to embark on is just for you. It doesn’t matter if you want to train for size or strength, because what I’m going to cover is a plan which will bring you the best of both worlds. So often we go through periods of training for strength or for size. We have linear periodization plans to hit our muscles hard for a few weeks and then change before our body adapts. It’s a fairly effective system, but I’m here to tell you if you are someone who has been lifting for a long time, especially someone who has been stuck in a one muscle group per week plan, there is a better way. I have a lot to cover the next few weeks, so let’s get into it!

Typical periodization strength training programs are generally split into larger cycles which focus on certain training intensities and volume which are typically around a month but could be anywhere from a couple of weeks up to a few months. In a linear periodization, reps are decreased in each phase and the loads are increased whereas in an alternating periodization one switches from high reps and low reps at each phase. The point is to avoid allowing your body to adapt to what you are doing. There is certainly merit behind this because our bodies are quite resilient and they will adapt. The problem is, however, I don’t think this method pushes our bodies hard enough. After all, like I just said our bodies are very resilient.

What that means is upping the training frequency right? That’s what I’m getting at but once we start upping the training frequency then that inevitably leads to the topic of overtraining. Overtraining is one hot topic nowadays isn’t it? All this worry about overtraining is potentially the very thing that is keeping people like us who want muscles on top of muscles from getting the results we desire. I spent the last 3-4 years working each muscle group once per week with the fear of overtraining. I read so much about if you don’t give your body the proper time to recover it will shut down and your muscles won’t grow. So I religiously stuck to hitting each muscle group once per week, making sure to really destroy it each time. Until recently that is, when I began to question the effectiveness of this method the more I did my own research.

I will be talking a lot about overtraining and overreaching so the first thing you need to know is the difference between the two. The reason we need to know this is because while overtraining is undoubtedly a bad thing, overreaching potentially has some strong positives to it if utilized correctly. There really isn’t a universal definition of either but for the purpose of article, we’ll define overtraining as a long-term imbalance between a training load and the recovery processes resulting in fatigue, decrease in performance and possibly even endocrine responses over a long period of time. Recovery from overtraining can take a few weeks to many months. Overreaching is pretty much the same thing except it is the short-term variation and it generally only takes a matter of days to get recover from.

There are some who argue if overtraining even truly exists and because science has trouble backing it up in order to generate true overtraining you’d need a study that would literally run people into the ground for many months to do so. So most research out there is done in the short-term and what it finds is that overreaching generally only makes individuals fitter. Research by Raastad et al (1 pg 547)  took elite strength athletes who were training deadlifts, squats and bench press and had them perform each exercise three times per week (a frequency by today’s standards would already be considered overtraining) or 6 times per week. Total training volume and intensity was identical, the only difference was how often per week. The results showed by splitting up the work more frequently and doing less volume per workout the 6 times per week group had greater increases in both strength and muscle mass.

Research out of Australia (2) took resistance-trained men and split them into 3 groups over a 6 week study. They were testing 1-rep max on squats and split the groups into intensity matched sets of either 1, 4 or 8 sets. At 3 weeks both the 4 and 8 set groups had significant increases in strength over the 1 set group, however, at the end of the 6 weeks the 8 set group had significantly greater strength gains over the 1 or 4 set group while there was not a significant difference between the 1 and 4 set groups. What this could show is high volume training is more closely associated with strength gains while moderate volume may not be superior to low volume training.

I believe overtraining is indeed very real, but the common belief of what overtraining entails has been distorted and it is extremely rare. Don’t let anyone try to convince you that if you overtrain your muscles will suddenly become catabolic, this is not true. If they do ask them to provide some research to support that theory. I’ve never seen it, but I have seen research that says otherwise. (3) Sure if you can no longer train because you are overtrained it will eventually lead to that, but being overtrained itself will not make your muscles shrink.

It’s my opinion unless you are some sort of Olympic athlete chances of really truly getting into overtraining territory is pretty darn rare, especially if you are smart about when to back off. Just because you are tired or have sore muscles doesn’t mean you are overtrained or even overreached. In fact if you are really sore for days after each training session, chances are you are getting too much rest and not giving your body the chance to adapt to the training load and in turn are not training in an optimal way to build muscle. I will talk more about this next week.

The other thing that makes me question if hitting each muscle group once per week was enough is that research shows responsiveness of protein synthesis from training is enhanced for somewhere between 16-48 hours following resistance training. (4, 5, 6) If protein synthesis is only enhanced for 1 or 2 days and we aren’t hitting the same muscle group again for another 5-6 days, that’s an awfully long time between spikes of protein synthesis and it hardly seems like it would be optimal for increasing strength or size. This theory could also back up why the research by Raastad I previously mentioned showed an increase in strength and size when increasing training sessions. More sessions equals more spikes in protein synthesis.

That’s as far as I’m going to go in this introductory post to non-linear periodization and overtraining. Next week I’ll get into detail about different periodization splits, touch a little more on overtraining and get into muscle soreness and how much you should really worry about it. I hope you’ll join me once again.

How To Do Drop Sets For Maximum Muscle Growth 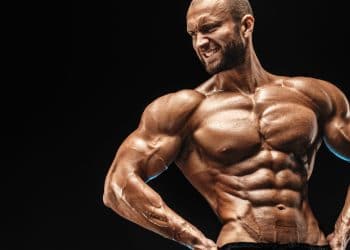 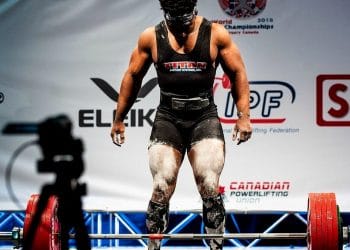 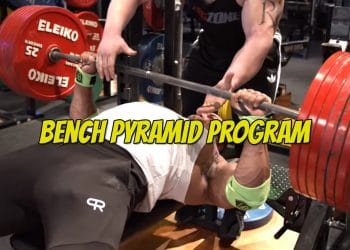 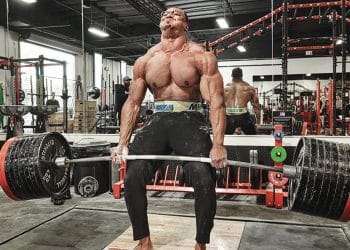