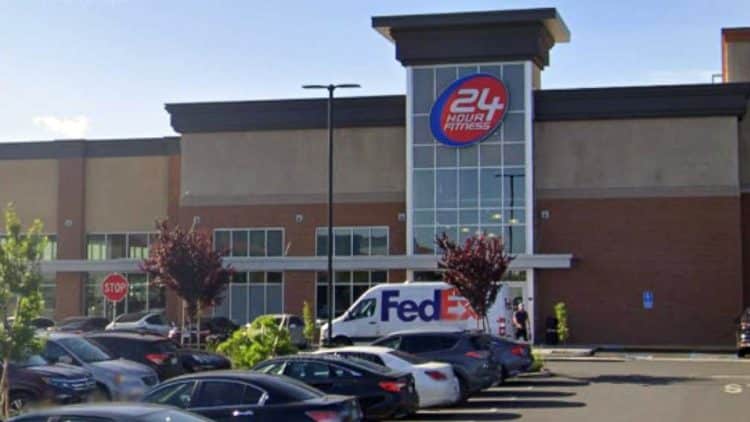 A 24 Hour Fitness location in Brentwood, California turned into a crime scene after a fight broke out. One was left dead while three were injured in the dispute that involved gunfire, as per police.

According to reports, the scuffle began inside the training facilities. Things soon got heated and the matter was taken outside in the gym’s parking lot where a gun was pulled out. Bullets were discharged from the weapon, and one was killed on the scene while three other victims needed to be transported to area hospitals for treatment. The identity of the deceased has not yet been released and the conditions of the injured victims are not yet fully known.

A fight at 24 Hour Fitness left one dead & three injured

“We just got to the scene of a large police presence at a 24 Hour fitness in Brentwood. The whole parking lot is blocked off.“

BREAKING: We just got to the scene of a large police presence at a 24 Hour fitness in Brentwood. The whole parking lot is blocked off. pic.twitter.com/3qEJl37khX

Curry posted follow-up tweets to provide a visual of the scene.

“All over the parking lot are these. Evidence markers. There are LOTS of these.

“Lieutenant on scene says a large altercation broke out that continued into the parking lot. That altercation turned into a gun battle. 4 injured. 1 deceased.“

All over the parking lot are these. Evidence markers. There are LOTS of these. pic.twitter.com/HjAwKarNnZ

Lt. Walter O’Grodnick from the Brentwood police department issued a statement regarding the incident.

“There was some type of altercation that took place inside of 24 Hour Fitness that carried out into the parking lot. Things escalated to at least two shooters and pulling out firearms and exchanging gunfire with one another,” said Lt. O’ Grodnick.

Police stated it to be an isolated incident. They have two detained two suspects but no arrests have been made yet.

In the latest developments, the gym’s parking lot has now been reopened and police confirmed that it was not a random shooting. It’s unclear if the incident had any link to the gangs as the police work on finding a motive. Police say that the fight broke out just before 2 am. Some of the people involved have been identified but the police would not say if the shooters were also injured.

Working out is an essential part of many people’s daily lives. The shooting will impact the branch workers, clients, and those who used the gym. Earlier, 24 Hour Fitness was forced to file for chapter 11 bankruptcy and shut down 100 locations due to the pandemic.

With the global health crisis, the last several months have been difficult for a lot of businesses, in particular gyms....