In a recent video, bodybuilding legend Jay Cutler shared his thoughts on who would likely be his top picks at 2022 Olympia. 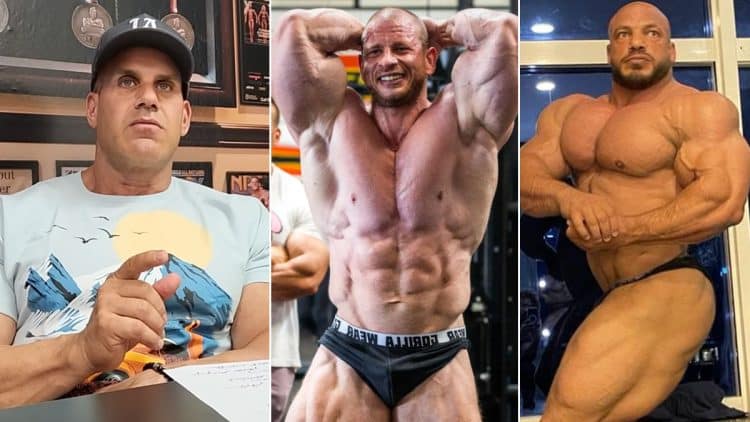 Jay Cutler is one of the most successful bodybuilders of all time. The four-time Mr. Olympia has been through the wringer and understands what is needed to win at the highest level. In a recent video, Cutler revealed his picks for the top bodybuilders in the Open class at the 2022 Olympia.

During his competition days, Cutler went toe-to-toe with some iconic names in the sport. He shared a fierce rivalry with eight-time Mr. Olympia Ronnie Coleman, widely regarded as one of the best bodybuilders of all time. Cutler took his physique to the next level with unparalleled conditioning and a humongous frame.

Before Cutler managed to win bodybuilding’s biggest show, he was edged out by Coleman in his dominant run at the 2001, 2003, 2004, and 2005 Mr. Olympia contests. Cutler would finally dethrone the long-reigning champion the following year in 2006.

The competition is usually so cutthroat that the top five contestants always bring amazing packages. All of them possess the determination necessary for success. Cutler knows the kind of sacrifices one needs to make in order to take the grand prize home.

Cutler had extended his support for the newly minted NPC athlete Michal Krizo, who left quite an impression on the former Mr. Olympia in their first meeting. Cutler believes Krizo will shake up the division, making it one of the most competitive Olympias in years.

In a recent video posted on his YouTube account, Cutler talked about who he sees in the top five rankings of the upcoming Olympia.

“You see new people popping up every week. This Michael Krizo, who…hasn’t even got his Pro Card yet. I expect him to make a run and possibly be on that stage.”

Cutler believes the top five from last year who have already qualified for this year’s show will be hard to beat. While there may be new guys on the way up, Cutler thinks that we could see the same result.

“Will there be any breakthrough guys? We will see. There is a lot of good talent.”

Nick Walker could be the dark horse in the upper echelon, according to Cutler who expects him to improve his standing from last year, where he earned fifth place.

“I expect Walker to really push this year, I think if he can figure out a little better conditioning, he really could be a big problem.”

Cutler talked about the possibility of Hadi Choopan winning the competition.

“We love history. As much as we would like to see Ramy win, could Hadi be another shorter bodybuilder like Dexter Jackson to win the Olympia? I am a fan of all of these guys.”

Jay is staying on the fence with his picks as of now but will be sharing more thoughts on the topic as we get closer to the competition.

Jay Cutler is waiting to see how the Open landscape shapes up to see who else qualifies. Once we get a look at each contestant’s progress, it will be easier to come up with a more accurate prediction. As it stands, Cutler sees last year’s top five performing well at the upcoming 2022 Mr. Olympia contest.