We all know Kai Greene is NOT competing at the 2018 Olympia – WHY?

Nick is a popular YouTuber and fitness persona, who makes some really awesome and informative videos on bodybuilding, ask the same question directly to Kai Greene’s business partner for his supplement line Aaron Singerman, who is also the CEO of RedCon1.

Aaron Singerman tried to explain the reason, what he believes why Kai Greene is not competing and probably will never compete again at the Mr. Olympia stage:

“In his [Kai Greene] mind, he thinks he will come and bring his best package and will not a have shot at winning Mr. Olympia…so what’s the point to come in and get the 2nd place again… he doesn’t need the money necessarily…”

Just a few months back Kai himself posted a video in response to his comeback rumors – squashing any chance that he would actually return to the Olympia stage.

Watch the above video! 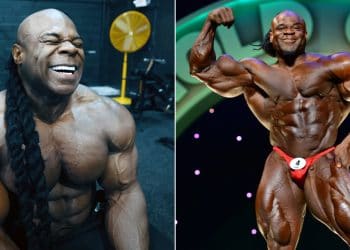 2021 CrossFit Games Complete Results and Prize Money For All Divisions