Jeremy Buendia to part ways with coach Hany Rambod: ‘This is our last Olympia run together.’

Men’s Physique champ Jeremy Buendia and coach Hany Rambod have been working together for six years now – under the coaching of Hany, Jeremy has become one of the most recognizable and successful athletes in the fitness and bodybuilding world.

But it appears Men’s Physique champ and his coach Hany Rambod to part ways after 2018 Mr. Olympia. I believe this is due to the fact that 2018 will be Jeremy Buendia last Olympia as Men’s Physique athlete, he’s likely moving on to the Classic Physique division.

In a recent post on Instagram Jeremy pays huge respect to his coach and wrote a heartfelt tribute to the man he calls his family:

“I doubt I’ll have enough room to say what’s needed to say about Hany Rambod.
–
I want to start by saying thank you. Thank you for being someone who I can always rely on. Thank you for showing me, unconditional love. Thank you for believing in my potential and never giving up on me.
–
A lot of you may think this may overdramatic, but most of you don’t understand the relationship this man and I have.
–
When I first met Hany Rambod it was an intimidating time. I mean, it’s Hany Rambod! The best bodybuilding coach of all time! THE BEST WINNER IN THE GAME! I felt like I had a lot to prove and a lot to live up to to be able to be included in Hany’s circle of Elite champions.
–
Sitting down at a table with Hany Rambod, Jay Cutler, & Phil Heath was a lot for a 22-year-old to take on. I used ask myself “how do I act?”, “what do I say around these guys?” “How can I be like them?”
–
To be invited in this circle and to be able to work under Hany was an opportunity I knew I had to fully utilize and learn from.
–
I had so much respect for Hany before he began coaching me, it made it very easy to listen to him. I trusted him. But little did I know that this man would become much more than my trainer and sponsor, yet he would turn into my big brother, my best friend, and my mentor.
–
Hany has gone to the edge of the earth of me more times than once and probably more times than he should have. The fact is, Hany Rambod has shown me what family is & what unconditional love is….
–
Not many people understand me, but Hany does. & when people told Hany to give up on me, that’s when he dug his hooks deeper into me to real me in even closer to him.
–
He has taught me so much over the past 6 years, he taught me how to conduct myself as a man on and off stage, & has genuinely invested himself in making me a better man all around.
–
I’ve had a lot of people and family abandon me…but Hany has been one of the two people in my life who have told me “I will never abandon you.”
–
That’s something I value more than anything. I just wanted to say my thank you to Hany Rambod as this is our last Olympia run together.
–
Thank you for all you’ve done, I hope I made you proud! I love you, dude!”

Coach to Olympia champions Phil Heath, Jeremy Buendia and celebrities like Dwayne ‘The Rock’ Johnson, Hany Rambod is one of the most respected names in the professional coaching.

2018 Olympia: Watch The Art of Bodybuilding

Ronnie Coleman: Flex Wheeler Advice on “Right Vitamins” is The Reason I Won My 1st Olympia 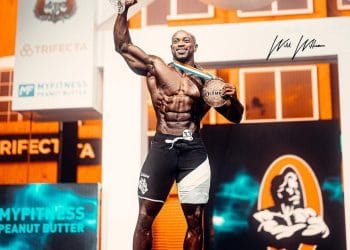 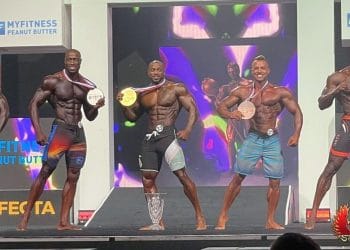 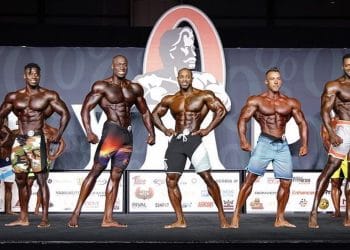 The 2021 Mr. Olympia is taking place from October 7th-10th, in Orlando, Florida. Taking place on the last day of...

Fans have been wondering if 7x Mr. Olympia Phil Heath would take the stage again at the 2021 Olympia. Now...