Ahead of the tenth anniversary of the Men’s Physique division, we rewind the clock to its debut. 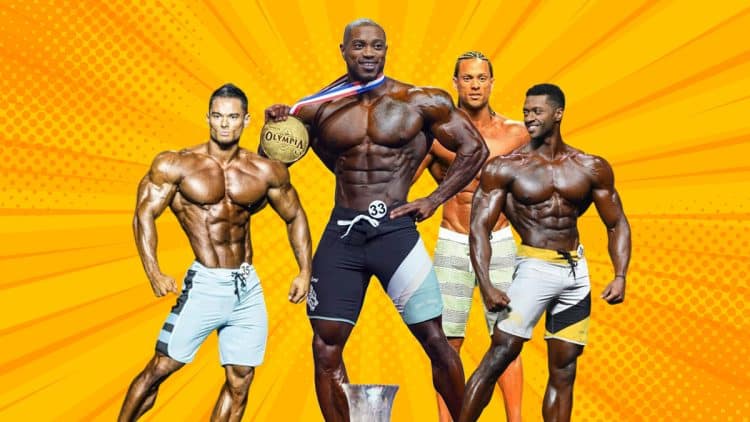 The Mr. Olympia competition has a long history of attracting the best talent. Although Joe Weider’s Fitness and Performance Weekend now hosts 11 divisions, it wasn’t always the case. In 2013, the IFBB decided to make room for more pro bodybuilders at the biggest show in bodybuilding by incorporating two new divisions. These divisions were the Men’s Physique and Women’s Physique categories.

The announcement of the new divisions generated a lot of buzz in the community. The IFBB introduced all-new judging criteria for the Men’s Physique division, where the focus was on a beach body look. Since the Men’s Physique athletes wear board shorts, they are judged solely on their upper bodies.

The bar for the category has risen each year since 2013, with defending champion Brandon Hendrickson exhibiting a new breed of Men’s Physique sensations. In the nine Men’s Physique Olympia contests so far, bodybuilding icon Jeremy Buendia is leading the list for the most wins with four titles under his belt. The reigning champ and three-time winner, Brandon Hendrickson, is the only bodybuilder to have reclaimed the title after losing it.

Given below is the list of all Classic Physique Olympia champs since 2013:

Bodybuilding fans and promoters were thrilled about the maiden edition of the Men’s Physique Olympia in 2013. There was a lot of hype going into the Olympia. Legendary bodybuilder Jay Cutler, a four-time Mr. Olympia, marked his return to action after missing out the previous year in recovery from surgery for a torn left bicep. However, seven-time Sandow trophy winner Phil Heath would extend his reign as the Mr. Olympia with a third consecutive title.

The 49th Mr. Olympia competition was hosted between Sep. 27 and 28 at the Orleans Arena at The Orleans Hotel and Casino in Las Vegas, NV.

Mark Anthony Wingson was crowned the first Men’s Physique Olympia champion. He boasted incredible symmetry and balance and stood out as the clear winner. Buendia finished runner-up, and Matthew Acton landed on the podium with a third-place finish.

Wingson has a passion for fitness and started his bodybuilding journey early. He earned his Pro card in 2011 — the same year he started competing. During the build-up to the 2013 Olympia, Mark joined forces with Cutler to get ready for the stage. Cutler’s guidance helped Wingson win the inaugural Men’s Physique Olympia title.

Having narrowly missed the title in 2013, Buendia returned to the drawing board to prepare for the next season. He worked hard in the off-season and added significant muscle mass while improving his conditioning.

The 2014 Olympia took place between Sep. 18 and 21 at the Las Vegas Convention Center in Winchester, NV, and at The Orleans Hotel and Casino in Paradise, NV. 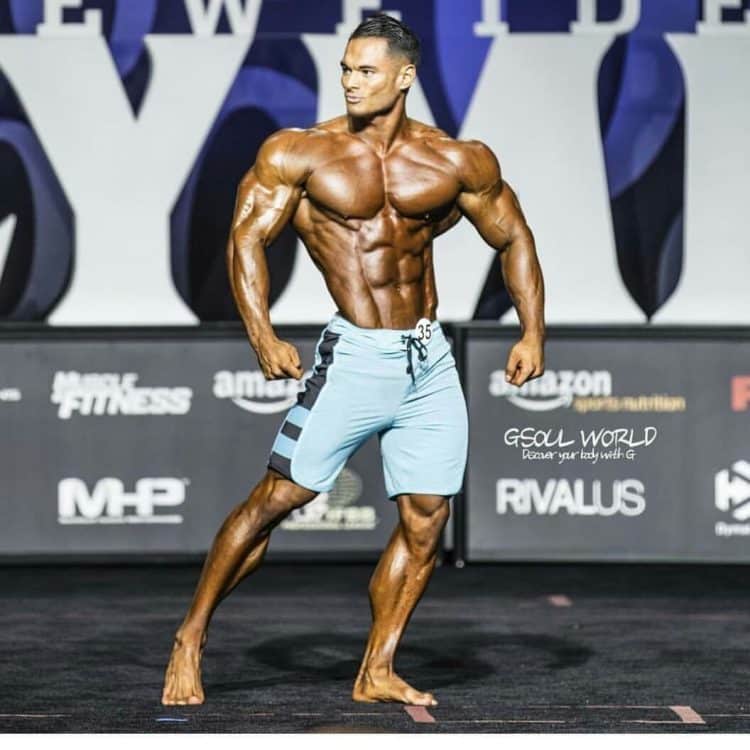 Budding contender Sadik Hadzovic rose to prominence with a second-place finish behind Buendia, who dominated his competition to take the top prize. As for Wingson, he dropped down five places to land in the sixth spot.

His dominant reign as the Men’s Physique Olympia champ made Buendia one of the most popular bodybuilders of the 2010 era. His maiden Olympia win came just a year after he turned pro.

The third season of Men’s Physique Olympia was extremely competitive and exciting. The 2015 Men’s Physique results were a repeat of the 2014 Olympia, with Buendia, Hadzovic, and Poston taking the podium finishes, respectively.

Having won the inaugural Arnold Classic Men’s Physique, Hadzovic went into the 2015 Olympia with momentum behind him. Buendia managed to edge out Hadzovic in a thrilling battle for his second consecutive win and would retain his title for two more years.

In 2018, Buendia barely made it in time for the Olympia after suffering an injury. Although his participation was a sign of his determination, he was dethroned by Brandon Hendrickson and fell to fourth place. It would be the last year we saw Buendia compete as he decided to step away from competing shortly after.

Hendrickson found his passion for bodybuilding in his younger years. He earned his Pro card in 2013 and has won several notable Men’s Physique titles besides the Olympia, including the Tampa Pro and Arnold Classic.

Hendrickson was gearing up to win his second Men’s Physique Olympia trophy at the 2019 showdown. However, he appeared to have missed his mark.

The setback would be detrimental for the reigning champion as Raymont Edmonds capitalized on his lackluster appearance. Edmonds stole the show with his insanely jacked physique and displayed his unreal muscle development in a memorable posing routine.

Hendrickson placed fourth at the contest but was determined to make a statement in his comeback.

Hendrickson used his loss to Edmonds at the 2019 Olympia as fuel to fire his 2020 Olympia prep. Other than the obstacles a pro bodybuilder faces, Hendrickson and every other competitor also had to combat the new difficulties presented by pandemic-related restrictions.

Hendrickson reaped the results of his intense training at the 2020 Olympia, which was delayed from September to December. It took place between Dec. 18 and 20, and the venue was moved from Las Vegas to Orlando, FL.

Hendrickson created history by becoming the first Men’s Physique competitor to reclaim his title after losing it. He kept to his winning ways with a sensational performance at the 2021 Olympia.

Hendrickson will enter the 2022 Olympia as the defending champion looking to tie Buendia’s record for the most wins in the Men’s Physique division.

Fans are excited for the tenth edition of the Men’s Physique Olympia, scheduled for Dec. 15-18 at Planet Hollywood Resort & Casino in Las Vegas, NV.

Hendrickson will face intense competition from fellow standouts Erin Banks, Diego Ferreira Montegero, Kyron Holden, and Raymont Edmonds at the 2022 Olympia, all of whom placed in the top five last year.

The 10 Best Middle Back Exercises for Strength, Mass, and Better Posture

Once upon a time, the Olympia Weekend only offered three categories for female pro bodybuilders — Ms. Olympia, Fitness, and...

The Olympia is the most iconic bodybuilding show. Joe Weider’s Fitness and Performance Weekend, which hosts the Olympia showdown, today...