Check out the official list of the AGP competitors below:

In the 212 division Hadi Choopan battle against Jose Raymond aka “The Boston Mass”, David Henry, Shaun Clarida and other top athletes of the division. The 212 king Flex Lewis will not be in the lineup as he already announced that Olympia was his last 212 show. 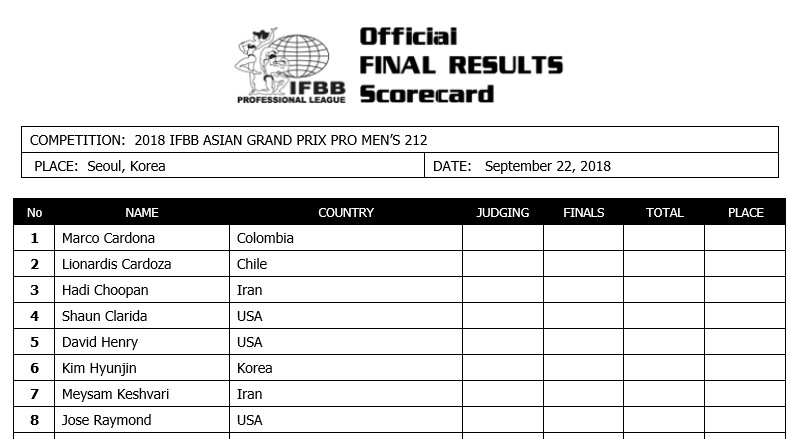 In the Men’s Physique division, the reigning 2018 Olympia champion Brandon Hendrickson will compete against the and 3rd place finisher Ryan Terry. 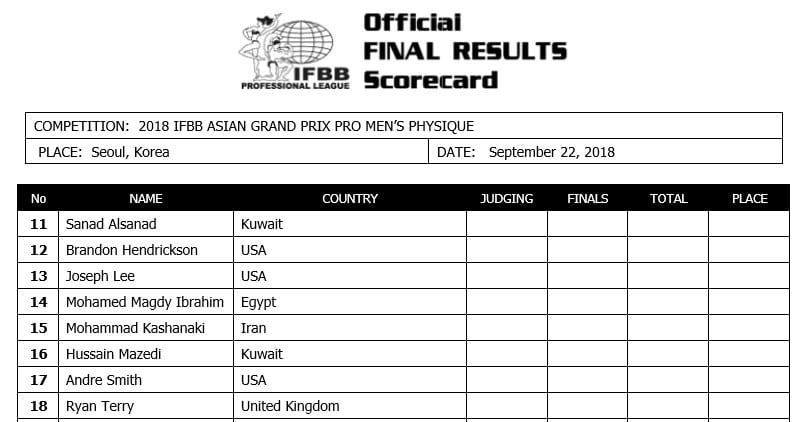 The IFBB Asia Grand Prix Pro is a major Men’s 212 competition. In the above video you can see the...

Many major Men’s 212 competitors such as Flex Lewis, Jose Raymond, and David Henry flew out to Seoul to compete...