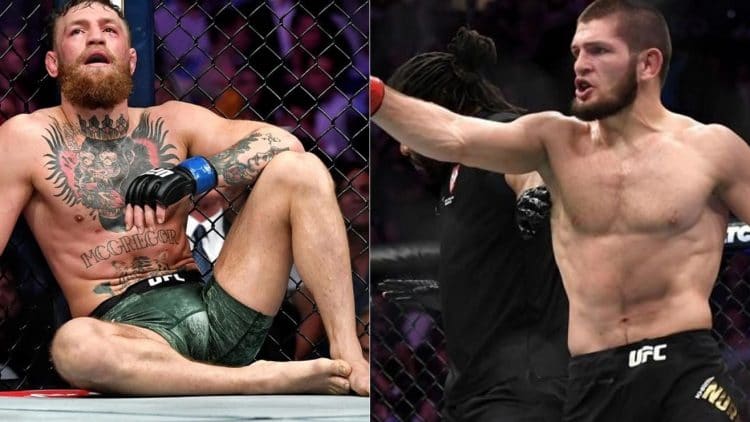 After scoring a win over Conor Mcgregor at UFC 229 undefeated Khabib Nurmagomedov jumped over the cage fence to attacked Mcgregor’s coach and teammate Dillon Danis than Zubaira Tukhugov, a friend of Nurmagomedov, climbed into the octagon and attacked Irishman during the melee.

As resulted, Nevada Athletic Commission withheld Nurmagomedov’s fight purse while McGregor’s $3 million did not. Even UFC president said he was the most upset guy on the planet after UFC 229, but no one seems to care except him.

Earlier on October 15 Commission handed down 10-day temporary suspensions to both UFC stars. On Wednesday Nedava Commission unanimously voted to extend suspensions indefinitely for Mcgregor and Khabib for their role in the post-fight brawl which will last until the investigation is solved. Both fighters are allowed to attend the hearings, where the decision on further punishment will be made, which could be a lifetime ban as suggested by the attorney general.

The attorney general just informed the commission they are authorized to ban Nurmagomedov and McGregor for life, and fine them 100 percent of their respective purses. That won't happen, but it's worth noting there is really no limit on the possible punishment, based on NSAC regs.

Commission also decided to release $1 million of Nurmagomedov’s $2 million fight purse, the rest of the money withheld until the next disciplinary hearing which will go down on December 10, according to MMAJunkie’s John Morgan.

NSAC chairman Anthony Marnell recommends the commission release $1 million (half) of Khabib’s fight night purse to him at this time. The other $1 million is to be transferred from UFC to NSAC for safekeeping until resolution. A motion is made and passed.

NSAC chairman Anthony Marnell recommends the commission release $1 million (half) of Khabib's fight night purse to him at this time. The other $1 million is to be transferred from UFC to NSAC for safekeeping until resolution. A motion is made and passed.

Commission’s chairman Marnell III said on Wednesday that NSAC would have seized McGregor’s purse if we had more footage of the incident after the fight.

“If I would have had the video I now have, I would have also withheld McGregor’s purse,” said commission chair Anthony Marnell lll.

According to MMAFighting, details from hearing revealed that financial punishment for Khabib could be very severe.

Further sanctions are expected to be ruled on when the commission meets again on Dec. 10. These may include the seizure of a greater percentage of Nurmagomedov’s purse (which was estimated to be $5-6 million after pay-per-view bonuses are accounted for) and also a monetary penalty for McGregor. Marnell mentioned that had he seen the footage of McGregor’s involvement in the incident, which saw McGregor exchange punches with Nurmagomedov’s teammates on top of and inside the cage, then the NAC would likely have withheld McGregor’s purse at the time as well.

McGregor and Nurmagomedov may also be subject to more substantial suspensions from competition.

“I understand that the Nevada State Athletic Commission is doing a thorough investigation, which I am confident will benefit my client, Conor McGregor,” McGregor’s manager Audie Attar said in a statement on Wednesday.

NSAC chief Bob Bennett told MMAJunkie that managers for both Khabib and Mcgregor are held responsible for a post-fight brawl.

“You should know that the Nevada State Athletic Commission made a concerted effort on two independent occasions to speak with both managers of both fighters and tell them, ‘Listen, we don’t want any problems during the ceremonial weigh-in and at the end of the fight,’” Bennett told MMAjunkie. “I specifically spoke with them.

“We didn’t want to be in a position that we’re in today had they would have managed their fighters in a professional manner. Unfortunately, they didn’t take heed to my comments, and that’s why we’re here today.”

Currently, Conor McGregor ponders his next move as UFC shoots down a rematch opportunity said he wants Tony Ferguson vs. Khabib next. Meanwhile, Khabib called out Floyd Mayweather, to which ‘Money’ accepted the challenge said ‘get the checkbook out.’

Check out the full hearing below: