The Troubled Past That Created a World Champion

A king among beasts… Larry “Wheels” Williams is the WRPF world record holder in the 242-pound division. At the young age of 23, he shows no signs of slowing down anytime soon.

Recently, Mr. Larry Wheels decided to post a video on YouTube where he really opened up about his past (Childhood) family struggles and his current usage of anabolic steroids.

Larry Wheels stated how his father left him when he was just one years old, and how his mother got in a physical altercation with a boyfriend when he was six, which resulted in him living with his grandmother. However, he was too much for her to handle as he was out of control and he eventually ended up in foster care from 11-12 years old.

Larry Wheels was soon back in his mother’s care of where they relocated to Saint Martin (Island). This is where his passion for weightlifting began as he used a broomstick and cinderblocks to start training. After living in St. Martin for a few years, he moved to New York City where he is originally from.

From that point on Larry Wheels was involved with hard drugs and alcohol when he was influenced by an older friend he met at a gym.

He said he looked at his friend as a father figure; however this soon turned out to not be the case. Larry Wheels became addicted to drugs at age 16 and had a wakeup call when he saw his friend going down a bad road.

As his life was slowly but surely spinning out of control, his friend introduced him to the world of anabolic steroids and this was the start of who he’d become today.

Now, anabolic steroids were a better option to using hard drugs according to Larry Wheels but he in no way condones the use of them.

He said that steroids were the only good thing he could find for himself back when he was introduced to them, although he knew he had a lot more going for him. Larry Wheels knew he was exceptionally strong, and by comparing himself to other guys, his decision to enter the world of steroids was a simple one.

He knew he’d have to use them to get ahead in doing what he loved most. Considering the words from his own mouth were “getting bigger and stronger was the only thing I thought I was good at.”

“At that moment, I knew the risk. I was ready to die for it. I just wanted to be good at something so bad”… in reference to his steroid usage.

He didn’t have moral support or the love he really needed in his youth.

…Who could blame Larry Wheels for wanting to be the best he could be?

He certainly had the talent to be the best, and as of currently he has shown this to be the case. Larry Wheels has worked very hard and displayed unmatched determination to become a world champion powerlifter today.

Could this be possible without such a rough upbringing and his introduction to performance enhancing drugs? Probably not… it seemed his struggles ignited a fire within him to become someone special!

Larry’s fatherless childhood and him moving between foster homes may not have been the sole reason why he is a champion (He’s a genetic freak) however there’s something to be said about his drive.

Larry Wheels has mentioned his cycle history regarding steroids he has taken and the quantities. He discussed his past cycle of when he first started which includes the time he used Trenbolone, Dianabol, and a “clone” of Superdrol, all within the same sixteen week cycle.

Beware of the following statement if you’ve got a weak stomach… Larry Wheels said that while using this cycle of steroids, he said:

“I felt miserable; my stomach felt like there was a living rat eating away at my intestines.”

Our apologies if you didn’t heed the warning… anyhow, in the beginning, he had the mentality of putting on as much size and mass as possible by any means possible (Not a logical approach).

Larry Wheels has stated that “Test and Anadrol” is his bread and butter and that he has no side effects from a run of Anadrol, besides some high blood pressure. This along with 500 milligrams of testosterone per week is what Larry Wheels said he runs for his current cycle/s.

In the end of the YouTube video, Larry Wheels felt compelled to express his opinion on whether others need steroids to reach their goals. He recommends that people educate themselves and weigh the possible negative side effects before proceeding to use a cycle.

With all good intentions, Larry Wheels felt he owed his fans a recollection of his past and an honest description of his use of anabolic steroids.

At 23 years of age, he has already accomplished more in the sport than most Powerlifters have in their entire careers as his sensational lifts have taken the world by storm.

Larry Wheels is a phenom and although we have yet to see his best performances, he will continue to break records and impress the masses with his supernatural strength. He has come a long way since his days of drugs and troubled childhood.

What will the future hold for Larry Wheels? The answer is not a sure thing but we’re rooting for him to continue his legacy… and one thing we can agree on is that he deserves respect not only for his incredible feats but also for his pure honesty and humbleness.

How To Build Bigger Delts: The Top 7 Shoulder Workouts For Men

Old School Labs Vintage Blast – Why Is This Pre-Workout Supplement a Top Choice? 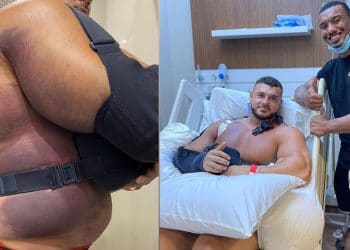 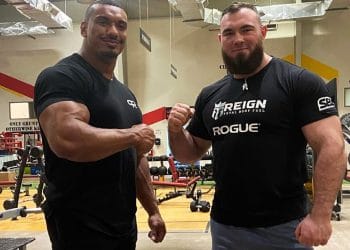 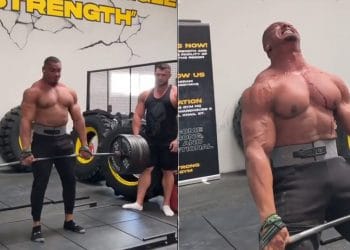