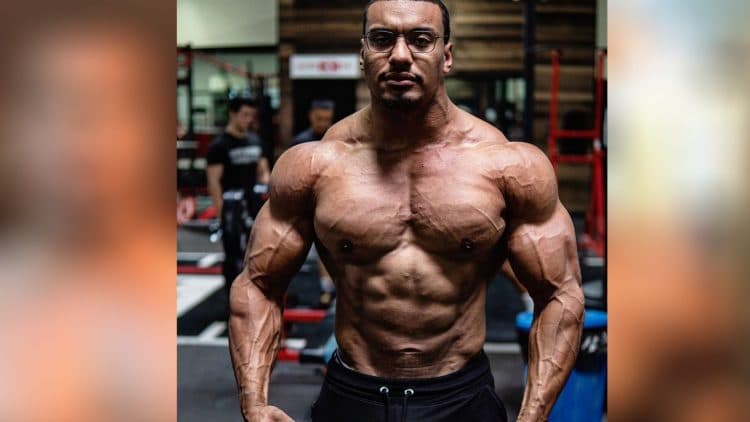 Larry Wheels is getting really jacked!

The young powerlifter who is all the hype right now has given us even more reason to admire his achievements. Larry Wheels won his first amateur bodybuilding show back in February and competed at the NPC Nationals in November (11th place finish).

So now Wheels has his sights set on another bodybuilding competition and with his progress made so far, it’ll be interesting to see how he places. He has an incredible physique which keeps getting better and better, so it won’t be surprising to see Larry Wheels winning some bigger shows as time progresses.

What would be even better is if he can achieve his goal of becoming the strongest bodybuilder in the world. At 24 years of age, he’s on the fast track to surpassing Stan Efferding in his efforts of claiming the title, “World’s Strongest Bodybuilder”.

Larry Wheels’ before and after picture of his progress going from a powerlifting diet to a bodybuilding diet is insane. You can see from the photos that Wheels made drastic improvements, looking absolutely jacked and shredded. Check out his transformation and the diet which allowed him to get stage ready…

He wrote the following details on his diet at the time…

These diet changes made all the difference in Wheels’ transformation and he described the most noticeable changes being tighter skin and more vascularity. If he keeps making these kinds of improvements, the sky is the limit for his potential.