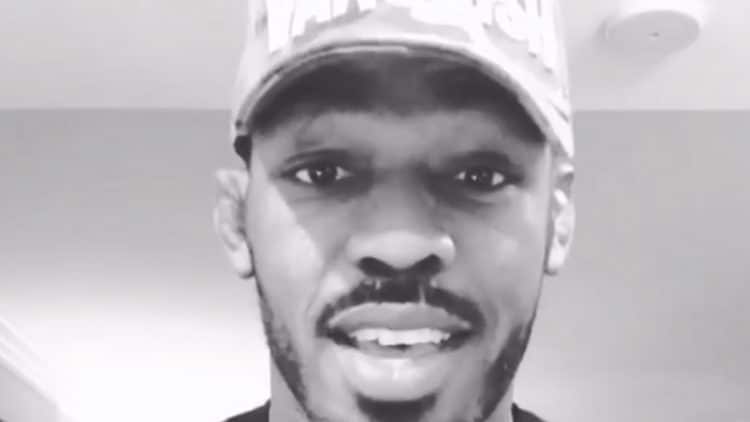 Jon Jones wasn’t “guilty” in the latest drug fiasco according to Ultimate Fighting Championship president Dana White, United States anti-doping agency and various experts. In contrast to this statement, the positive outcome is probably originating from his failed drug test that occurred more than a year ago.

As a consequence of the latest drug jumble, within a week’s notice, the UFC 232 which is all set to take place this Saturday night (29th of December 2018) was shifted from Las Vegas, Nevada to Inglewood, Calif. Due to the soaring tax rates in California, multiple fighters will receive scantier checks. Moreover, this switching of venue has provoked a lot of distress within the fans.

This is the reason why “Bones” took up the responsibility and personally apologized to the competing fighters at the event.

While speaking to MMAjunkie, Jones said,

“I feel good. I really can’t afford to feel any other way. I feel bad for the fans. I went around today apologizing to every UFC fighter that was on the card that I’ve seen in person. So far they’ve all said that they’ve forgiven me, I think I need to prioritise my emotions and save all the emotions for after the fight. After the fight, I definitely plan on doing what I can do to give back to fans who really lost out. “

An informal meet and greet were held by Jones despite the hustle of the fight week, inside MGM Grand Garden’s main lobby.

Like Everyone Else, The News Shocked Jones As Well.

When the news broke out, Jones was also startled like anyone else.

Jones will be facing Alexander Gustafsson who had the opportunity to postpone the rematch until March, for the light heavyweight title. Since “The Mauler” has already waited over five years to avenge his loss, so Gustafsson didn’t waste any time and said he’ll continue to face Jones at UFC 232.