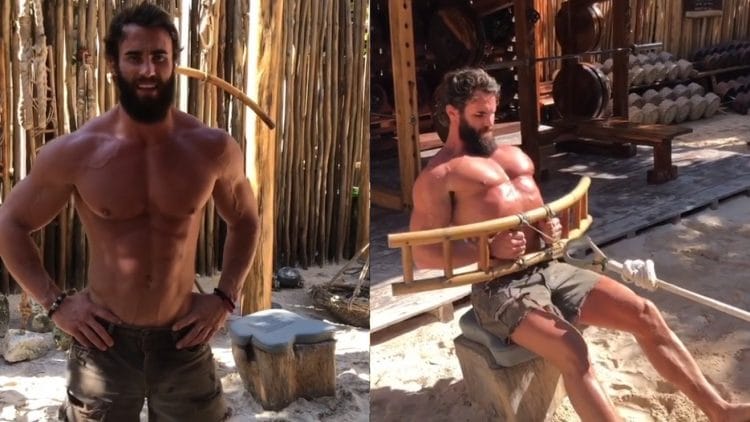 Will he blow away expectations this year?

Calum Von Moger has had a rough few years recently. He tore his bicep after a joint effort with Chris Bumstead to curl 400 pounds and ruptured his quad while dislocating his knee cap from a failed rappelling attempt. To say it has been a struggle is an understatement, especially since Von Moger is such a prominent figure in the fitness industry who cannot afford these mishaps.

But Calum Von Moger is making the biggest comeback of his life right now and he’s been posting his updates and training sessions on his Instagram page. He’s lost a bit of size but many would argue he looks better this way plus he’ll less likely re-injure himself again anytime soon.

This is day 1 of his comeback, where he’s training at the Tulum Jungle Gym in Mexico…

“Day One of the greatest comeback you will witness. Stay tuned, this next chapter is gonna be good”!

Let’s see if he can deliver on his promise… he’s looking pretty amazing so far and his loss of size is actually working for him especially since he’s taken an interest in acting. His physique is without a doubt more along the lines of the current “Hollywood” look and there’s no doubt he fits right in!

“Never give up on what you want in life. Every tough moment will pass and everything will come good… if you keep going”.

Despite Calum Von Moger’s recent injuries, 2018 was still great for him considering he played a young Arnold Schwarzenegger in the movie “Bigger,” which was about the rise of Ben and Joe Weider who founded the IFBB.

There’s no doubt Von Moger will be involved with a lot more movie productions as he is just getting starting in the industry. But let’s hope he can preserve his body long enough to have a promising career. Him downsizing was a great move which will prevent more injuries, keep his health in check and probably land him more roles.

We wish Calum Von Moger all the best in his pursuit of the biggest comeback ever, and especially in 2019.