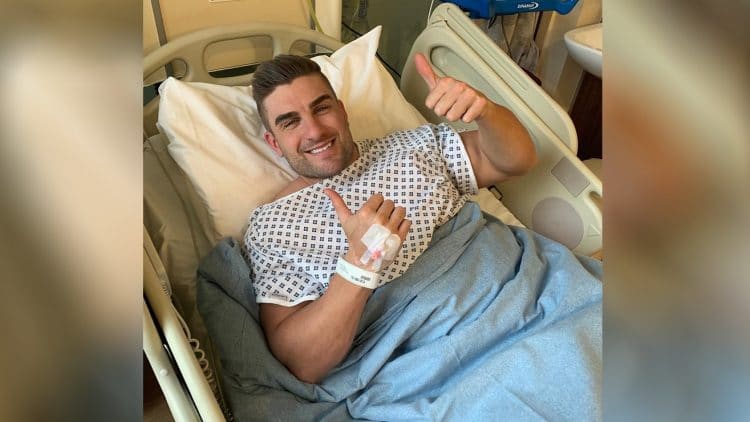 Thankfully it was nothing serious!

The British fitness model and Men’s Physique competitor have undergone a necessary surgery on his hip due to excess bone impinging on his nerves. Terry addressed the whole thing on his Instagram for his concerned fans…

Ryan Terry has accomplished so much in his bodybuilder career including becoming the first Men’s Physique competitor from the UK, winning Mr. Great Britain (2010) and placing second in the 2016 Men’s Physique Mr. Olympia competition to name a few. Not to mention he’s landed the cover of several fitness magazines.

Thankfully, the surgery was successful and Terry explained that it’s only a minor setback so things are still looking very optimistic for 2019!

We wish Ryan Terry a healthy and successful recovery so he can come back better than ever.