His incredible strength likely gave the man another chance at life. 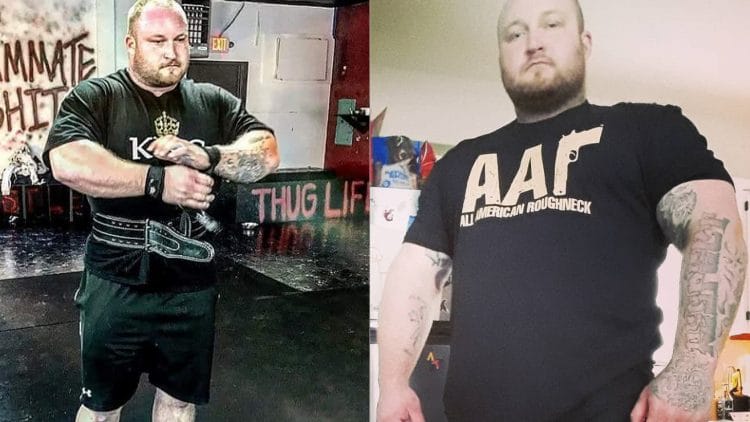 Ryan Belcher, 29, was working at BELFO Property Restoration in Ypsilanti Township, Michigan on February 14th when he heard a really loud vehicle crash. He ran outside to see what all the noise was about and what he saw next was incredibly startling. A Jeep Cherokee was flipped on its side and there were four or five men trying to lift it.

Belcher posted the following on his Instagram after the incident.

“Yesterday was a crazy day for me, while at work I heard a car accident so I ran outside to find a jeep rolled over and a man stuck, at first there was 4 or 5 people trying to move this jeep and it was going nowhere fast”. I grabbed the back of the jeep lifted as much as I could and started pushing until I heard that’s enough! I’m humbled to be as strong as I am, I’m thankful for the ability I’ve been Given!

Lifting a jeep off of a man stuck underneath was probably the last thing Belcher would imagine he’d have to do on Valentine’s day. But his training did come in handy and although Belcher has only three powerlifting meets to his name, he did win the Michigan State meet where he totaled 2,006 pounds.

He then won another competition months later called the Lexen Dog Days with a 2,230 total.

He’s a beast no doubt, weighing 350 pounds with the capability of deadlifting over 900 pounds so thankfully he was there that day. He was praised greatly for his heroic act and was very emotional about the whole situation.

“I got emotional when he told me that I saved his life. I said, ‘I know man, I’m just glad that you’re alive. When I walked into the hallway, there were like eight nurses, and they told me that if I hadn’t been able to move the vehicle he would’ve died smashed against that pole. It immediately brought tears to my eyes,” he told Muscle and Fitness.

Ryan Belcher will be competing at the Xtreme Powerlifting Coalition World’s at the Arnold Classic from Feb 28- March 2 and we wish him the best luck because he deserves it after such a life-saving and selfless act.

How To Grow Bigger And Stronger Glutes