His departure from CrossFit was bittersweet. 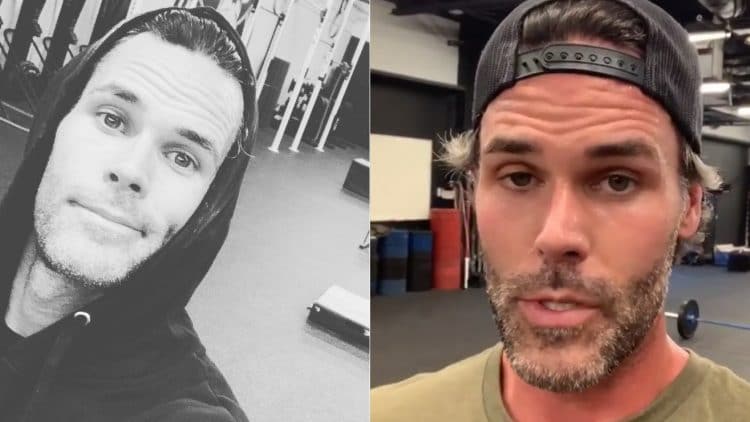 Rory McKernan has an amazing and fulfilling run with the CrossFit organization as a staff member of 9 years and host of many competitions. He was a very visible face out there in the CrossFit community but unfortunately, nothing lasts forever. So McKernan spoke out about his being let go from CrossFit and he regrets nothing about his 13+ years involvement in the community.

I am forever grateful to this amazing community of people. To my former employer and it’s founder and to the tremendous friends and mentors who have shaped and changed my life for the better.

I leave with a full heart, a lifetime of good memories and a burning passion to continue serving this amazing community in whatever shape they may take.”

McKernan then went on to discuss his time with Tyson Oldroyd who was also let go form the company and reminisced about the old times.

“A few days after we were officially let go I met with my long time friend and colleague, Tyson Oldroyd. My tenure and Tyson’s ran in parallel. Once upon a time, we both operated Affiliates (Tyson owned his), earned the coveted opportunity to travel and teach on the Seminar Staff (best job in history) and then stepped through the door in the first handful of employees for the Media Team (even best-er job in history). For more than 9 years, we worked together in the same office, telling the stories of the Community. Your stories”.

His gratitude is beyond words it seems…

“The only sentiment that has consistently outshone the others is an overwhelming sense of gratitude. Seriously, I cannot shake it. I am so overwhelmingly thankful for the lifetime of opportunities, amazing people and good fortune I have been blessed with over 13 amazing years. This is where I am choosing to direct my focus and build the foundation I will build upon”.

McKernan hosted many events and even competed in CrossFit competition which makes the departure even more disappointing.

“I’ve had the best seat in the house throughout the explosive growth of the Games. I’ve even been allowed to share the competition floor with the fittest humans on earth. I’ve been cheered to victory and supported in defeat.

More important than any of these things is the knowledge that I’ve gained. I’ve been a part of a revolution that changed the World and will forever carry pride in my heart for helping to grow something that truly matters. Sharing this passion has brought enormous purpose to my life”.

He was there during the big explosion in popularity as well while he grew with the company. But he enjoyed the ride and wouldn’t have wanted it to be any other way.

“Having said all of that, I wouldn’t change one thing. What a ride”.

But his support and involvement despite his unemployment are still very much alive as seen in his Instagram post. He’s actually competing in the Open and made the statement…

“I’ll be wearing a different hat, but you can bet your ass that, I’ll see you on the leaderboard”.