It's going to be an exciting 19.3 Open workout! 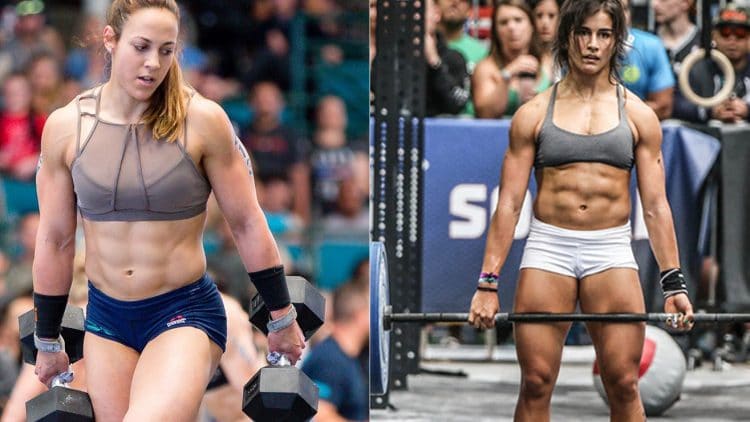 Lauren Fisher, the 25-year-old American athlete of Team CrossFit Invictus is a veteran of the sport competing in the Games a total of 5 times and placing 9th in 2014 as her highest placing in the individual competition.

She placed 1st at the 2014 Junior National Weightlifting Championships in the 63kg division with 70-kg. snatch and a 102-kg clean and jerk, for a total of 177 kilos and has been competing in CrossFit competition since 2012.

Fisher will be facing off against Alessandra Pichelli, 32, from Canada who placed 4th at the 2013 CrossFit Games and has been pretty consistent in competition. Pichelli is a member of Diablo CrossFit and was a division 1 rower before participating in CrossFit in 2010.

There’s about a 20-pound weight difference between the two athletes with Fisher weighing around 135lbs and Pichelli weighing about 155lbs.

If you put the two together you can imagine that’d make for an electrifying event!

Both Lauren Fisher and Alessandra Pichelli will have something big to prove in 2019!

The announcement will be live from Diablo CrossFit!

Who do you think will clock the better 19.3 workout score?

Calum Von Moger Is Back In The Gym With A Vengeance!

When it comes to CrossFit, Lauren Fisher is a beast. At 26-years-old, she is showing the world how to do...

Lauren Fisher is in the elite camp of the CrossFit community, and it's easy to see why. Lauren's Instagram is...