Life and accomplishments of Lauren Fisher 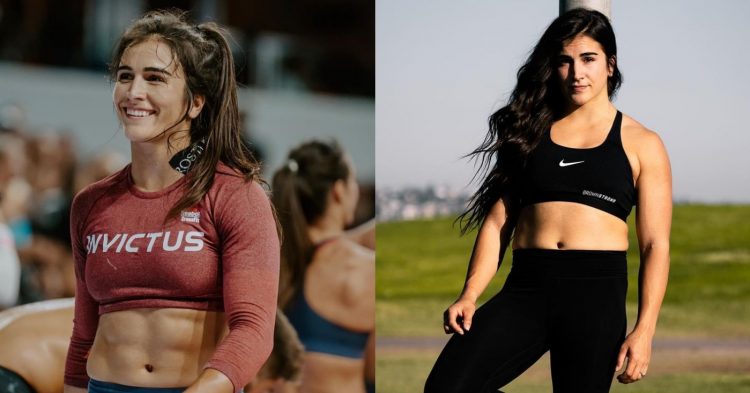 For Lauren, it’s not just about competing and winning. She’s a basketball player, Olympic athlete, and CrossFit athlete extraordinaire. But along with her four to six hours of daily training and green smoothie obsession, Lauren has built a business to empower women to be authentic and be themselves when they are living a wellness lifestyle that they love.

She makes it look so easy. Here’s Lauren’s story.

Lauren Fisher began CrossFit at the young age of 13, and she didn’t do it with the intention of becoming one of the greatest in the field. She was a basketball fan and an exemplary basketball athlete in her early teens. Her brothers inspired her to start CrossFit to build a better physique for basketball. She fell in love. With CrossFit that is.

Soon she would be representing the United States in the Olympic weightlifting events, where she won in 2014 in her weight class of 63kg. The same year she would place ninth at the Reebok CrossFit Games. At 5’5″ and 135 pounds, she is a Lil’ Fish that can do great things.

Lauren Fisher got into the sport at 13 when her brothers thought she could use some extra strength and conditioning for an upcoming basketball season. Soon, she was in love with a new activity. On the her website, she says,

“It quickly became everything I was looking for in a sport. CrossFit challenges me in ways my body and mind has never been challenged before, and I learned that as a woman, strength is incredibly empowering!”

Lauren Fisher’s journey of empowerment began early, and she became one of the youngest CrossFitters in the sport. She manages a training regime that enables her to clean-and-jerk sometimes triple her weight of 67 kilos. Good things come in l’il packages.

In 2014, she was in the 2014 Olympic Games as a Junior Weightlifting champ. Lauren Fisher also won repeatedly in basketball, being a member of the St. Mary’s High School team who went to the Nationals. She began CrossFit as a freshman in high school.

By the age of 18, she had qualified for the CrossFit Northern California Regionals finishing in twelfth place. At this age, it was not the first, but one of many incredible accomplishments to follow.

Lauren Fisher finished college at San Diego State University with a Business Marketing degree. When she is not CrossFitting, she is using that degree to build a fitness business online called Grown Strong.

When Lauren Fisher was just 22, she had already become known as one of the CrossFitters with high potential. By 2014, she had become an Olympic Junior Champion and placed ninth at the 2014 Reebok CrossFit Games. In weightlifting competitions, she had won the Weightlifting Junior National Championship with Team USA in the 63-kilogram weight class.

Over 2013 and 2015, Lauren Fisher had played in the CrossFit Games and was a member of the SoCal Team called Invictus. By 2016, that team placed first in the Regionals.

While she was in college, her friends didn’t understand why she worked so hard at it. That is, until they saw her on ESPN competing.

Today, Lauren Fisher trains twice daily, in the morning and in the afternoon. It is a grueling life she is proud to be a part of as she inspires and empowers women all over the world.

Lauren Fisher’s weightlifting statistics are a sight to behold:

These are Lauren Fisher’s accomplishments in competition:

Lauren Fisher trains at least twice daily, in sessions that include a morning and afternoon program. A standard session will include accessory work and jerk drills with weights. The most common ones she trains with are the front squat, clean and jerk, push jerk, drop snatch, and push press. The average weight that she pulls is approximately 253 lb.

In addition to weightlifting, Lauren Fisher trains in gymnastics and performs core workouts. She does this to help with body strength for weightlifting, and to maintain the skills needed for the CrossFit Games.

This is a typical gymnastics training session for Lauren, which is usually included in a morning workout:

In the afternoon, Lauren Fisher will enjoy a 1.5-mile swim which is followed by a run of 4.6 miles.

She also posts some of her workouts on Instagram. In one, she shows some basic barbells work and talks about “life testing us all right now.” This is one lady that takes “tests” to a new level. She also trains military style and showed on Instagram how she conducted the Marine Corps Obstacle Course. Because, tests.

Lauren Fisher has a lot of diet tips and programs on her website and sticks mainly to the Paleo diet. She also includes carbs when she needs a little additional fuel for the body. When she eats carbohydrates, it will be after a workout so that she can maximize her body’s insulin response. She will also eat carbs then so that she can avoid carbs turning into fat storage, as the calories will be used almost immediately after a workout.

Lauren Fisher is not one to reduce her calorie count. She needs to keep them high because she trains for so many hours a day. In her Paleo diet, she usually includes lean protein, healthy fat, and complex carbohydrates after she trains. She’s not afraid to hit a pizza though on occasion.

Lauren Fisher also adds protein to her nutrition commitment. She loves Puori and has used them for years. Her favorite kind of food is Mexican when she is treating herself.

Lauren Fisher’s life outside of CrossFit includes inspiring the world, and she focuses on self-image empowerment for women. It’s working. She’s considered among the 10 most inspiring CrossFit Women of all time. On her website, she mentions this a lot,

“My goal is to use my journey to inspire others to embrace their strength, confidence, and to pursue their dreams no matter their age.”

Today, she does that with her business Grown Strong and hopes to add more Olympic medals for the United States to her list of life accomplishments. With these as life goals, she inspires others to “take on new challenges both in and out of the gym” by going for them herself.