Check out how some of the best CrossFit athletes looked before and after coming to the sport. 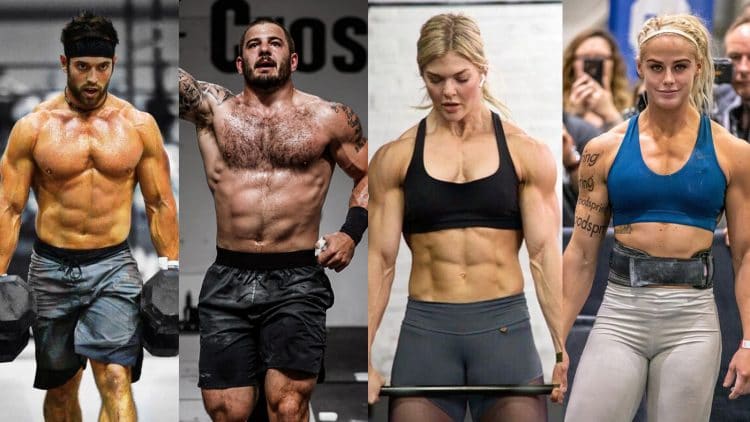 To start it off, we want to point out that these transformations are not ranked according to the transformation, but are in random order. Here you will see some of your favorite CrossFit athletes and how the sport has impacted their physique.

Some of these are very impressive, so let’s get started.

Mathew Fraser is probably the most famous and dominant CrossFit athlete, but before he came to CrossFit, his main sport was weightlifting.

Fraser’s weightlifting lifting career was going pretty well, until he injured his back in 2009. His back injury went unnoticed for a while and Fraser went to compete in Junior World Weightlifting Championship, held in Romania. Fraser ended up 15th out of 16 men in the 77kg category.

Some of his best results were:

After his injury, Fraser’s results were not quite as good as before. In 2010 and 2011 American Weightlifting Open competitions, Fraser came 3rd and 5th in his category. 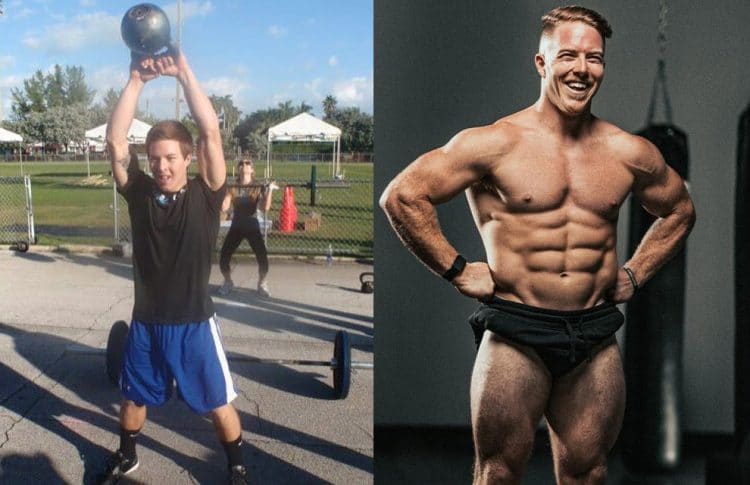 Noah has competed for over half a decade, which earned him the status of a CrossFit veteran. Before his arrival to the sport, Noah did wrestling and swimming, he has also played lacrosse and water polo. His first CrossFit competition was in 2010, at that time Noah was only 19 years old.

Related: Transformation: Noah Ohlsen — Before and After CrossFit, Plus His Workouts

Lauren entered the sport of CrossFit, aged 14, to improve her basketball game. Her main focus was basketball, but she was also interested in tennis. For those sports, Lauren had to put on some weight and muscle. This is the difference it made: 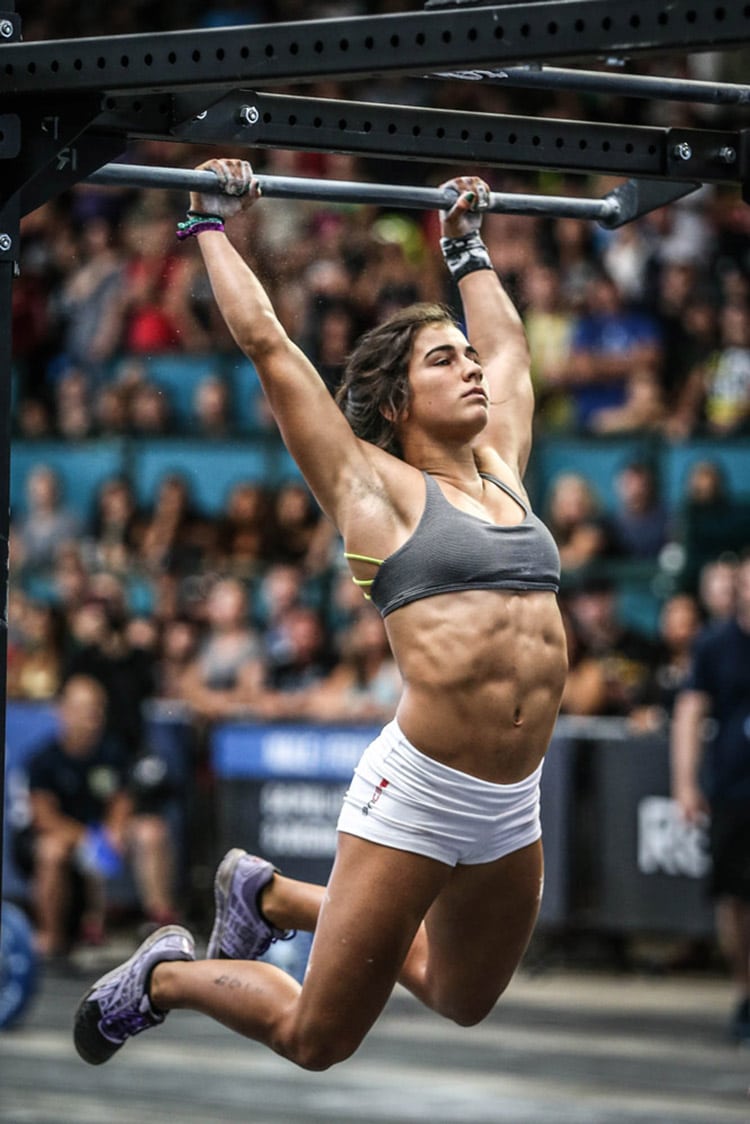 After moving from Michigan to Tennessee, Rich started attending Cookeville High School, where he played baseball. Rich was an all-district, all-region second baseman. Baseball earned him a scholarship to Walter State Community College. Not long after, Froning ended his baseball career, and became a fireman.

In the fire department he developed a passion for CrossFit. Froning had a great career, and is considered one of the best athletes of the sport.

Josh Bridges is a former Navy Seal. He has spent 8 years in service and is not a stranger to working out. Josh’s career was slowed down massively due to different kinds of injuries, primarily his knee.

Bethany’s athletic background is very diverse. She has trained gymnastics for 8 years, bodybuilding for 3 years, and did multiple triathlons and half marathons. Bethany has done CrossFit since 2015, and since then she has put on a lot of mass and muscle.

Here is her transformation from her bodybuilding days:

Carleen is probably one of the athletes on which CrossFit has had the greatest impact. The sport helped her get over alcohol and drug addiction while also having an eating disorder. Carleen has competed three times in the CrossFit Games. You can see the dramatic difference in her physique right here:

Samantha originally competed in amateur-level duathlons and triathlons. She also played football (soccer) in the Northern Premiership League. Her position was originally a midfielder or centre-back. Just like Rich Froning, Samantha became a firefighter after her college days.

She has had great success in CrossFit:

Related: Transformation: Sam Briggs – Before and After CrossFit, Plus Workouts

Sam Dancer is an athlete from Kentucky with a life of training behind him, even with the setback of being legally blind. Sam was originally a d1 running back and a bodybuilder. After his career in collegiate football, he got involved in CrossFit.

Related: How CrossFit Star Sam Dancer Looked As A Bodybuilder

At an early age, Panchik’s dream was to play football and earn himself a college scholarship. Everything changed when Saxon and his brother got into an accident at the age of twelve. They fell from a 75ft cliff while hiking, after that Saxon could not participate in any contact sports.

Saxon started competing in 2014, and his performance was getting better every year. He secured his  first invite to the CrossFit Games in 2018 where he earned a very respectable 19th place. In the 2019 edition of the games he managed to grab a 9th place finish.

Cho, born in San Francisco, California, was originally a gymnast and a swimmer. Cho swam in high school and college and then coached the sport for 6 years before coaching CrossFit. She has competed in the CrossFit Games multiple times . Her career best was a 6th place finish in 2015.

Alexis is a CrossFit athlete that managed to combat her eating disorder with the help of CrossFit. Her eating disorder left her weighing only 88 lbs (44 kg) at one point. Before enrolling in the sport in 2013, her main focus was on gymnastics. She placed 31st in her CrossFit Games 2016 debut.

Related: CrossFit Athlete Alexis Johnson Out of 2020 Season Due To Torn Achilles Tendon

At Great Bridge High School, Alec was a multi-sport athlete who competed on the swim, volleyball, and track teams. Alec was also a gymnast and now works as a coach for the boys team at Gymstrada Gymnastics in Virginia Beach, Virginia. He competed in the 2017 and 2018 edition of the CrossFit Games.

Sara is a CrossFit athlete with a background in weightlifting. She competed at the 2015 World Weightlifting Championships in the 75 kg (165 lbs) category, in which she came 29th. Her greatest CrossFit achievements are two 3rd place finishes in 2015 and 2016 CrossFit Games.

Parker is famous for his competitive weight lifting and CrossFit career. He finished in 1st place at the 2012 and 2013 British Columbia Provincial Weightlifting Championships. He competed six times in CrossFit Games with a career-best finish of 14th in 2015.

Kara has a history in Bodybuilding, but her fame mostly  came from CrossFit. She competed in the CrossFit Games nine times, Kara’s best placement is in 2017 CrossFit Games where she came second.

Fikowski competed in various sports, most notably swimming and volleyball. He swam competitively from the age of 6 to 18. In 2009, he earned a volleyball scholarship at Lethbridge College. He combined a total of six appearances at the CrossFit Games, most notable of those are the 2017 and 2021 editions of the games, where he finished second and third respectively.

Chandler Smith is a former Army veteran. He has competed in three consecutive CrossFit Games from 2019-2021. His best performance was in the 2020 edition of the games where he finished 6th.

Brooke is a former professional dancer who went to the University of Utah to study modern dance. She also launched her own personal brand of shoes, NOBULL Trainers, on the eve of the 2015 CrossFit Games.

Brooke Ence managed to grab a 14th place finish on the said games.

Jennifer is a 6x CrossFit Games athlete. Her transformation picture shows how influencers and media manage to distort the reality of pictures and physiques. This shows what difference better lighting and a pump can make.

Having seen some of the best CrossFit transformations and physiques , we hope that you enjoyed and that maybe this article helped inform or motivate you to get into the sport of CrossFit.