We'll see who can break the record on April 6. 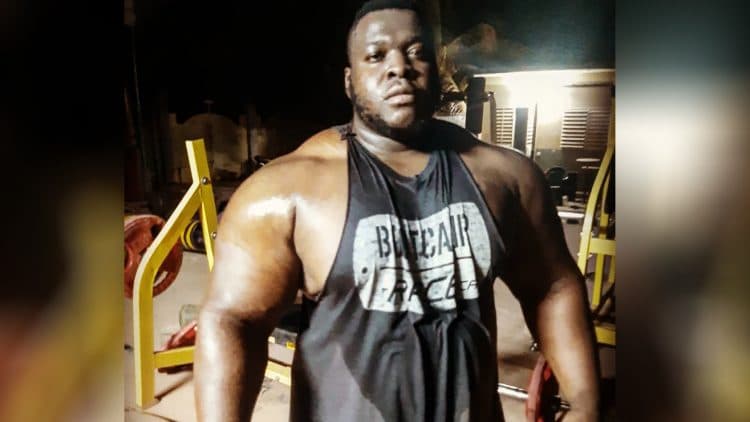 Cheick Ahmed al-Hassan Sanou (Iron Biby) from Africa and Graham Hicks from England are on a mission to set the record straight… literally, as they attempt to beat the current 228kg/502.5 pound log lift record set by arguably the greatest Strongman competitor in history, Zydrunas Savickas in 2015.

But, both Iron Biby and Graham Hicks are monsters in their own right and we may very likely see either one make history at the World Log Lift Challenge in Leeds, England on April 6. This is part of Europe’s Strongest Man competition and they will be in the company of some pretty elite Strongman athletes for the Log Lift event which includes Brian Shaw, Robert Oberst, and Larry Wheels!

However, both Biby and Hicks are the favorites to win this event based on their skills and progress so far which they’ve continually updated on their Instagram pages.

But Biby is looking pretty strong right now and has already unofficially tied the record in training, but will he be able to do it again under immense pressure?

“New PB 228kg/502,7pounds log press. Wanted to double it but my shoulders are a bit sore. Im ready to FIGHT for the record. Thank you all for the trust and supports”.

On the other hand, Hicks hit a personal best of 220kg on the log lift press during training but there’s still a little time left for him to improve and add eight more kilograms to the bar before the competition.

“the growl is back…… i mean business!!! whos coming to see me lift a big log april 6th 💪💪💪 #Repost@giantslivewsm”

Both of these men have a great chance, although it seems Iron Biby is nearly there, and closing in on Big Z’s record. But we won’t know until the big day and we wish these two powerhouse lifters the best of luck for April 6.

If you are a fan of strongman you will love the upcoming "Britain's Strongest Man" and you won't have to...

Records are meant to be broken and this was certainly the case when Cheick "Iron Biby" Sanou crushed it with...

Strongman Iron Biby was sadly unable to compete in the World Log Press Championships, at the 2021 Europe's Strongest Man....

The 2021 Giants Live Strongman Classic took place July 24th, at the Royal Albert Hall in London, England. This is...

As they say, records are meant to be broken. That was the case with Iron Biby over the weekend, who...