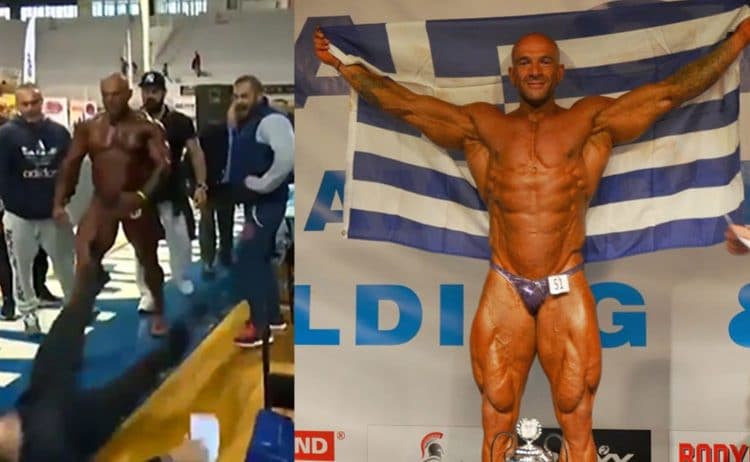 Remember the bodybuilder who slapped the IFBB judge during a competition in Greece has been ‘Banned For Life’ by the IFBB According to TMZ Sports.

As we previously reported, Giannis Magos has knocked the judge ‘Armando Marquez’ to the floor after losing a competition. The video footage has appeared online of the bodybuilder approaching the long-time respected judge Armando Marquez and slapping him across the face.

A rep for the Federation told the media “The IFBB takes this occasion to express its strong commitment for respect, fairness and good will in our sport, and its firm rejection of violence, mistreatment and/or an aggressive approach in any way, may it be verbal, gestural or physical.”

Steroids: Safe Or Savage – 7 Things You Need to Know Before Taking Steroids