Meet The Fitness Model Who Lives Without A Pulse

Excuses are a part of life, it is a natural experience, and sometimes you have to be extra motivated to move your sorry ass off of the couch and go pick up heavy iron in a specific way for a repeated number of times.

Meet Andrew Jones, 26, a professional fitness model and bodybuilder who makes it almost impossible for anybody to come up with an excuse for missing a workout. 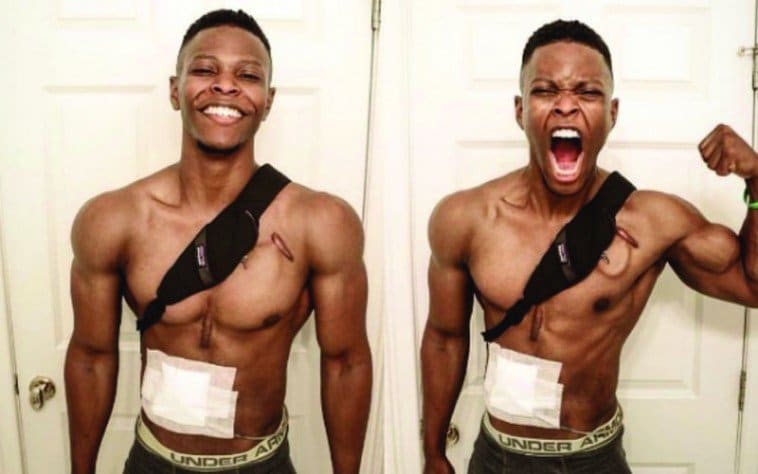 Andrew Jones started lifting around 2009 and even got his pro card. Life was going good for him, but in 2012, Jones was diagnosed with viral cardiomyopathy, a condition that makes it difficult for the heart to supply the body with blood and can lead to heart failure.

It was just like any other daily run for Jones. He put one foot in front of the other, breathed in, breathed out. He made it to the mailbox, but he knew something was not right.

“It kind of felt like my lungs had turned into sponges. Like I was breathing through a sponge.”

So he called his doctor and requested to see someone right away. Two specialists and 24 hours of heart monitoring later, Andrew was diagnosed with cardiomyopathy.

“I didn’t know much about what it meant, I was still very strong, getting my workouts in at the gym like normal, just being young and feeling invincible,” Andrew said.

He was in intensive care for four months, doctors implanted him with an Artifical Heart (LVAD) and hooked him up to a set of rechargeable batteries which now he has to carry around with himself anywhere he goes. He’ll need his LVAD until he finds a matching heart for a transplant. 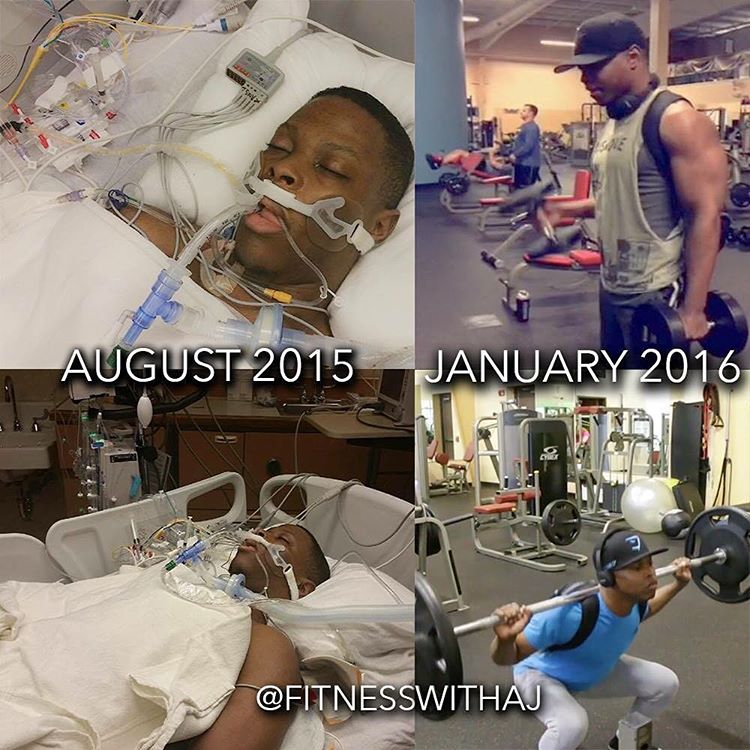 Jones jokes that he’s “the best-looking zombie you will ever see.”

He hits the gym religiously, despite the fact that he lives with an artificial heart. He adapted to his new situation amazingly! 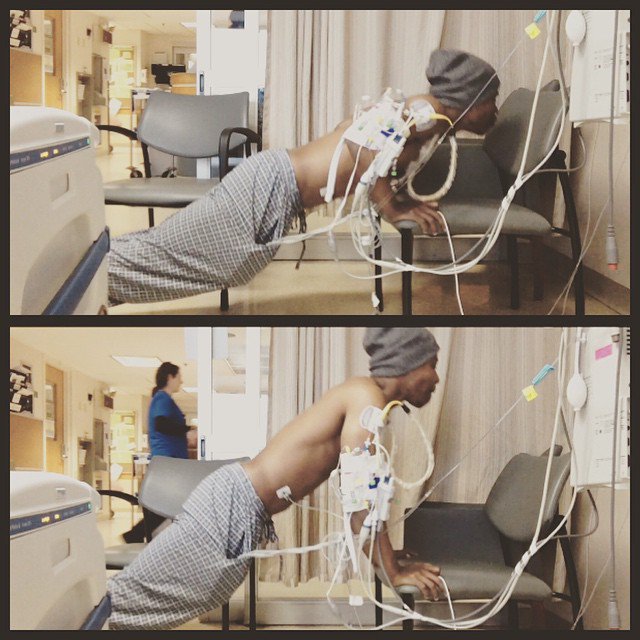 He puts his batteries in a backpack, and he is good to go, he even runs, do basic cardio and benches 220 lbs for reps like it’s nothing. If it weren’t for his batteries, you’d have no idea that he’s different from any other lifter.

His attitude is amazingly positive, and he is anything but held back by his artificial heart. He continues to do what he loves, and he won’t stop anytime soon.

He thinks scars are beautiful, act as storytellers and are something to be proud of. He’s also the founder of Hearts At Large, which raises awareness about the need for organ donors.