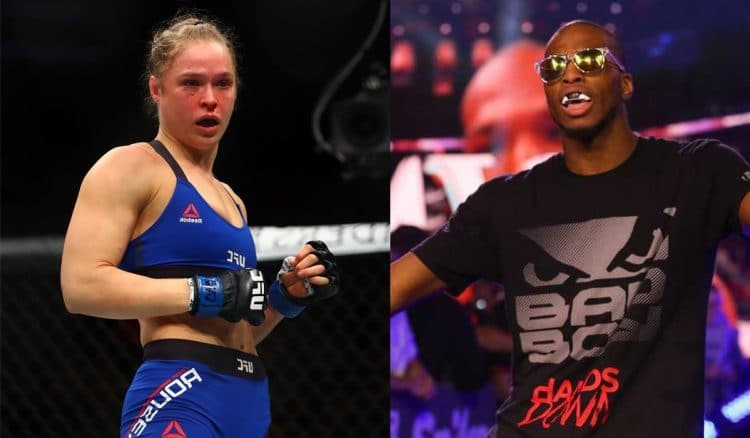 It’s not easy being an MMA fighter, even when you are as skilled as Ronda Rousey. It seems like the higher the public lifts you up when you’re winning, the harder they will toss you back down to the ground after a loss or two. On Friday, Ronda Rousey got knocked out by UFC bantamweight champion Amanda Nunes in (only) 48 seconds. It was a devastating loss for the former champion Rousey and may signal to the end of her legendary MMA career. And while Rousey actions before the fight certainly didn’t do much to endear her to people, the level schadenfreude enjoyed by many has been extreme. 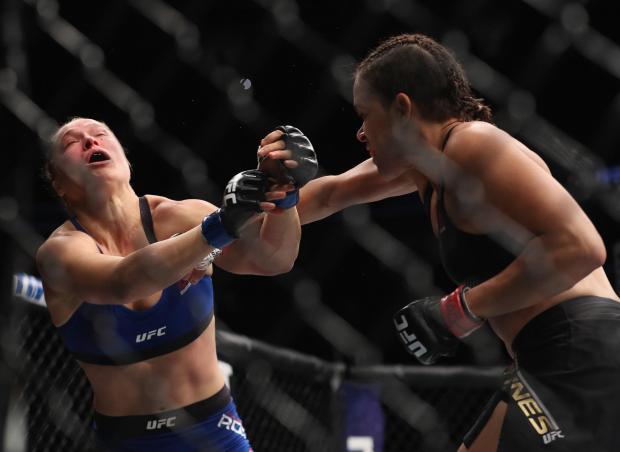 The loss at UFC 207 has opened the floodgates to endless memes, jokes and snarky comments directed her way. From Justin Bieber’s tweet (Retweeted 100,000 times) to Cris Cyborg’s post on Facebook, there’s been an awful lot of revelry in the demise of Rousey among many fans and fighters alike. Anyone can paste a picture of Ronda Rousey getting punched but it takes someone special to come up with an original new dance, and fellow MMA star Michael ‘Venom’ Page is that special someone.

you just got knocked the fuck out

Michael Page, the rising Bellator welterweight, was a bit late to make that list but yesterday he submitted a late entry into the contest, joining the Rousey mockery with an Instagram post attempting to create the first dance crazy of 2017, “the Rousey skank.”

The video shows Page jerking intermittently with his hands in fists and occasionally snapping his head back as if punched in the face. It’s captioned with the hashtags “#handsdown” and “#TheBestHandsDown” clearly decrying the boxing defense of Rousey which has been widely criticized especially after Nunes landed 27 of 47 attempted strikes in their 48-second fight.

Well, Michael knows a little bit about brutal MMA losses, having dealt out several of them during his career in regional UK promotions and Bellator. Most recently, he made headlines for literally caving in the skull of his opponent with a flying knee and following it up by throwing a Poke Ball at his downed foe.

As for Rousey, the beating she took at the hands of Nunes is one she’s not likely to forget anytime soon, in part because people seem intent on reminding her.

Rousey has been scarce since her loss last Friday night, but she did release an official statement to ESPN saying she needs to ‘take some time to reflect and think about the future.’ The beating she took at the hands of Nunes is one she’s not likely to forget anytime soon, in part because people seem committed on reminding her. Whether she will return to the cage again isn’t clear, but we’d certainly love it if she did. Possibly the 2nd half of 2017 can feature another Ronda Rousey dance, one that involves pumping your fist in the air in victory!!!