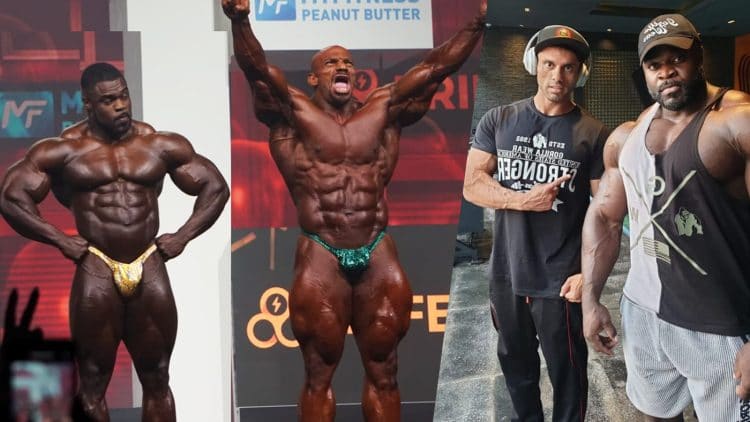 The 2021 Mr. Olympia saw Brandon Curry wind up in the second place position. However this is something that his coach, Abdullah Alotaibi is not quite happy about.

Alotaibi helped to propel Curry to the top of the sport, leading him to win the 2019 Mr. Olympia. Even though Brandon came in second place both in 2020 and 2021, he seemed to be satisfied knowing that he was one of the top two best bodybuilders in the world.

However Curry’s coach was not as thrilled with the outcome of either year that saw his pupil come in second place. Taking to his Instagram, Abdullah expressed his frustration with the judging, saying that he followed the advice given to him by the judges, but Brandon still did not win either time.

“In 2019, after Brandon won the Olympia, i asked one of the top guys what should i do/improve Brandon to keep winning the olympia, what adjustments should we make; he told me to bring him very lean and shredded, we did just that and still lost in 2020.

Then asked them what adjustments should we make to bring back the title they told me to bring him bigger, which we did. This year Brandon was 15lb heavier and still lost.

I don’t know what they need as they keep changing things around” Alotaibi wrote.

There is certainly an element of truth to what Abdullah Alotaibi is saying here, about the inconsistency in judging criteria. After all, he is far from the first person to voice frustrations like this after a bodybuilding competition.

That said, Brandon did look to be massively improved in both the 2020 and 2021 Olympia, albeit in different ways. The trouble is that judging is subjective in this sport, and just because he looked better does not mean he looked good enough to beat the package that Big Ramy brought in those same years.

At the end of the day, there is no shame in Alotaibi coaching an athlete to become the second best in the world. Until there are specifically defined criteria for judges to look for, which will likely never happen, it is impossible to formulate a package that will beat everyone every time.

It is certainly understandable for Abdullah Alotaibi to be so frustrated on the behalf of the people he has worked so hard to prepare and train for competition. As irritating as it is, the nature of the sport is that everyone has a different opinion on what bodybuilders should look like.