'The Mad Scientist' is facing 20 years to life in prison after distributing the controlled substance Ibogaine, which caused a man's death in 2021. 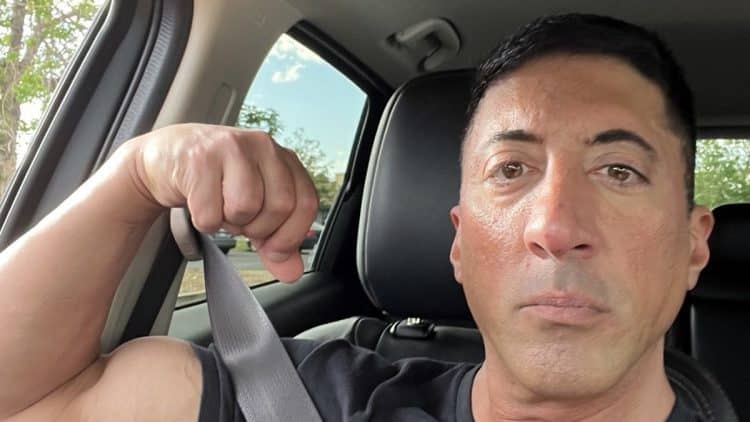 Experienced bodybuilding coach Ameen Alai is facing criminal charges after distributing a Schedule I controlled substance called Ibogaine to an individual, which resulted in death. The U.S. Department of Justice released a statement on Friday, Jan. 13, 2023, confirming he’s been indicted and will face 20 years to life in prison.

“If convicted, this charge carries a penalty of 20 years to life in prison. The charge contained in the indictment is an allegation, and the defendant is presumed innocent unless and until proven guilty,” the U.S. Attorney’s Office wrote.

According to The U.S. Attorney’s Office for the District of Colorado, Ameen, who operated under the alias ‘Brian Powars,’ knowingly and intentionally distributed Schedule I controlled substances to an anonymous individual that ultimately led to his/her death. Officials stated that he offered a mixture of substances to the unnamed person, with a detectable amount of Ibogaine. The victim’s death occurred on March 19, 2021.

After a three-month fugitive investigation, the U.S. Marshals Service took him into custody. Less than a week ago, Ameen appeared in court before Magistrate Judge S. Kato Crews on January 12, 2023.

“The Drug Enforcement Administration (DEA) Rocky Mountain Division and the HIDTA Front Range Task Force (FRTF) conducted the investigation in this case. The United States Marshals Service took the defendant into custody after a 3-month fugitive investigation. The prosecution is being handled by Assistant United States Attorney Cyrus Y. Chung.”

While details pertaining to his case are limited at the time of this writing, the U.S. Attorney’s Office for the district of Colorado shared the news release via Twitter.

Westminster Man Indicted for Distribution of a Controlled Substance Resulting in Death https://t.co/Cw6ETaXr8K

The Ibogaine drug offered by Ameen is a naturally occurring psychoactive substance derived from a West African shrub. In North America, Ibogaine is not currently approved for any medical uses. However, it has received widespread attention for its hallucinogenic properties, which many believe help with drug addiction and substance abuse disorders.

Who Is Ameen Alai?

Ameen Alai established himself as a leading bodybuilding guru throughout the 1990s. Alai, of Westminster, Colorado, helped shape a number of talents in the IFBB Pro League. He’s coached the outspoken King Kamali (Shahriar Kamali), Don Long, and Dave Bautista. Whether it was a contest prep, training session, diet advice, or PED protocols, Alai was highly regarded for his bodybuilding expertise.

During his career and time in the sport, Ameen has been featured in an array of popular publications like Flex, Muscular Development, Men’s Health, and has co-written several articles.

Should any new details emerge regarding Ameen Alai’s indictment, Fitness Volt will keep you updated on the developing story. Our staff wishes the victim’s family and friends condolences during this difficult time.

Does Creatine Expire? (The Ultimate Guide)