If bodybuilders violate the new terms and conditions, the IFBB Pro League can issue disciplinary action like fines and/or suspensions from competition. 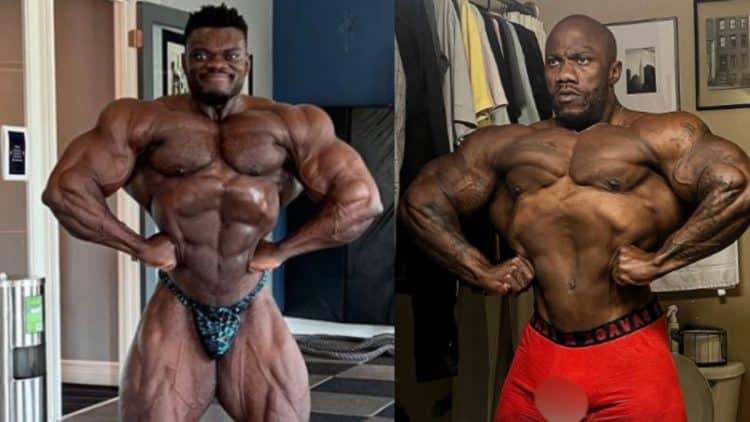 The IFBB Pro League announced on Friday, January 13, 2023, that athletes must provide a doctor’s note or legitimate reason if they choose to withdraw from an invitational bodybuilding contest. This news was revealed after Blessing Awodibu and Charles Griffen withdrew from the 2023 Arnold Classic after the final competitors list was created.

Bodybuilders are gearing up for another major event — the 2023 Arnold Classic, which is set to take place from March 2-5, in Columbus, Ohio. A few weeks ago, fans were shocked after the competitors list went public, primarily because it featured less than 10 bodybuilders.

Despite being offered invites to the second most prestigious event of the year, Blessing Awodibu and Charles Griffen withdrew in favor of focusing on improvements. Griffen pulled out on the day the list was announced, while Awodibu withdrew four days after that. Bodybuilding legend Jay Cutler was quick to express his disappointment given how few Open bodybuilders were slated to compete in seven weeks.

After the Arnold Sports Festival increased the Men’s Open champion prize money from $200,000 to $300,000, third-place 2022 Olympia finisher Nick Walker entered the show. He will look to capture his second Arnold Classic title after securing his first in 2021. Other competitors have since jumped in too, like Andrew Jacked and Patrick Moore.

Aiming to avoid invitational roster problems in the future, the IFBB Pro League issued a private email to all professional bodybuilders under their umbrella. Open athlete Iain Valliere was the latest pro to react to the news.

You can find the private email sent to all IFBB Pro League competitors below.

“If an athlete signs up to be considered for ANY invitational contest such as the Arnold or any other professional contest that is an invitational and then decides after the list has been announced or posted to pull out, you must consider that you have taken a spot away from other athletes who were training and looking for a chance to be invited. This is also detrimental to the promoters that have only allowed for a certain number of athletes on their roster and who were counting on the athletes that they had invited.

For all future IFBB Pro League Invitational events, if a competitor has made the final list on an invitational contest and makes the decision to withdraw once the roster has been announced or the promoter has notified them that they made the list, they must provide a doctor’s excuse or legitimate reason for withdrawal, or a suspension and/or fine will be imposed on the athlete and the athlete will be prohibited from competition.

We appreciate your understanding and cooperation,” wrote the IFBB Pro League.

The IFBB urges athletes to consider other bodybuilders and promoters before withdrawing from invitational contests. The statement reads that any competitor moving forward must provide a doctor’s note or a legitimate excuse for the absence. If competitors violate the new conditions, the IFBB can exercise a suspension and/or fine.

Iain Valliere, who finished 11th at the 2022 Olympia contest, gave his thoughts on the recent changes implemented by the IFBB.

“The IFBB sent an email today saying that for any invitational shows like the Arnold or the Arnold whatever or Olympia or anything that’s invitational where a list is now put out with the athletes — if you drop out after the list is created, you have to have either a doctor’s note or something or you’ll be like fined or disqualified from the IFBB season potentially,” Iain Valliere explained in a recent episode of Bro Chat.

Retired pro Guy Cisternino said these measures were used when he competed.

“It was always like that, if you dropped out of a show, you needed a doctor’s note,” replied Guy Cisternino. “Also, they don’t really do lists until a week out at 99 percent of shows besides the Olympia and the Arnold.”

Another athlete fans would love to see compete in Ohio is 2022 Olympia runner-up Derek Lunsford. He shared a shredded update recently, prompting others to speculate about whether or not he’s prepping for a show. While Lunsford and his coach Hany Rambod have made no mention of the 2023 AC, veterans such as Samir Bannout, want to see him in a showdown against Nick Walker.

Considering the prize money bump, there is a strong possibility the roster will expand in the next few weeks. The IFBB Pro League hopes these measures will discourage athletes from dropping out of contests once the final competitor’s lists have been announced.