Despite being imprisoned, Singerman offers encouraging words: 'I plan to come out of here a better person'. 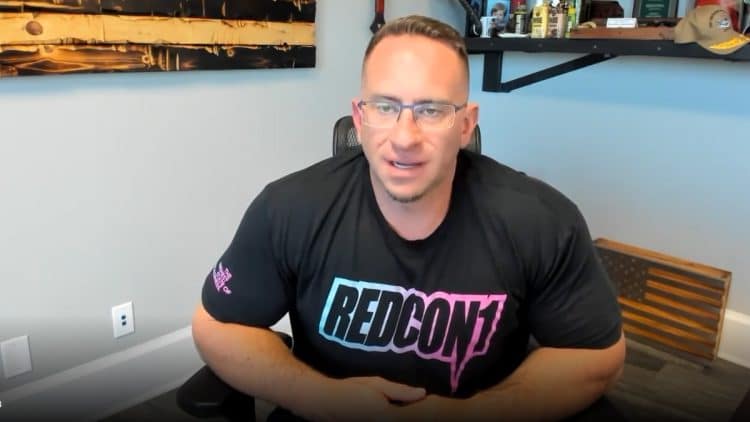 Aaron Singerman, REDCON1’s former CEO, broke his silence to the public as he shared an account of his transition from the corporate world to prison. According to his statement, the first few months of Singerman’s prison sentence appear to be rough but there is a glimmer of contentment in his words, despite the tough times the businessman is experiencing.

Singerman was jailed for 4.5 years in the Blackstone Labs case in January of 2022. In addition to prison time, Singerman was ordered to pay $2.9 million in fines. PJ Braun and Aaron Singerman of supplement company Blackstone Labs LLC pleaded guilty to selling illegal anabolic steroids and other substances back in November of 2021. In plea agreements with prosecutors, Braun and Singerman pleaded guilty to federal charges.

Aaron Singerman ran into more legal trouble on probation in the weeks leading up to his sentencing.  Singerman was arrested in November 2021 for boating while intoxicated.

Singerman hit the news again on January 13, 2022 – this time for driving while intoxicated which resulted in an accident.

Singerman issues his first public statement that can be found in a recent article in Muscular Development. It looks like he’ll have a rough road ahead of him while he serves his sentence. The businessman is having a tough time, but he’s providing at least a glimmer of hope.

My name is Aaron Singerman, I’m 42 years old, and am a father of three boys (Asher 9, Aaden 6, Alijah 4) and am happily married to Darielle Singerman. I own the fastest-growing supplement company in the world, REDCON1, with over 150 employees. I have started nine multimillion-dollar businesses in the last 10 years, and before that, I covered the world of bodybuilding for Dave Palumbo and RxMuscle. Before finding my way, actually fighting my way, into the fitness industry I was a drug addict. I was an intravenous heroin and cocaine addict. I found my way out due to the death of a friend, then the violent death of my then-girlfriend. I mention all of that to qualify myself because in future columns I’m going to talk about it all.

I plan to use this column to give you, the reader, business advice, help you build a champion mindset, talk about what I’m going through in prison, give relationship advice, and talk about the bodybuilding industry. It’s this industry and bodybuilding I owe for everything good in my life. From meeting my wife at NPC Junior Nationals in 2011 to the ability to advertise my products in MD!

I have a 54-month prison sentence, and I will likely serve less when you subtract good time plus all of the programs available here at FPC Pensacola. It’s a long story, but the extremely quick version is: I owned a company, Blackstone Labs, and we sold prohormones. I’m sure you know about those, but if not, a quick Google search will explain them … and you might even find people still selling them! Lol. Prohormones officially became illegal with the induction of the Designer Anabolic Steroid Control Act of 2014 (DASCA) and we kept selling some after the ban. I left that company in 2016, sold my shares, and started REDCON1.

The following is a description of the circumstances that led to Singerman’s current position.

The federal government indicted me in 2019 and after all the COVID nonsense we were set to go to trial in 2022. I decided to change my plea and got 54 months in prison for it. I don’t feel sorry for myself and I’m not sad or mad. I’m using my time to better myself, and I plan to come out of here a better person. I feel very fortunate for the life I have, and all I have waiting for me when I get out. I’m currently in Pensacola at a prison camp, but it took MONTHS to get here, and they were pretty terrible. For 28 days I was in an 8’x10′ for 23 hours out of the day. My first of four quarantines I’ve done in prison. Thankfully, that is all behind me. The one thing I will tell you about prison is it makes you so grateful for every little thing. From getting a new, plumper pillow to an extra call to a loved one. I can’t even imagine the gratitude I’ll feel when I am able to walk out of here into the arms of my wife and boys!

From his statement, Aaron Singerman seems to want to better himself while he’s behind bars. Clearly, he has chosen gratitude over feeling bad about himself, hoping to become a better person by the end of his incarceration.