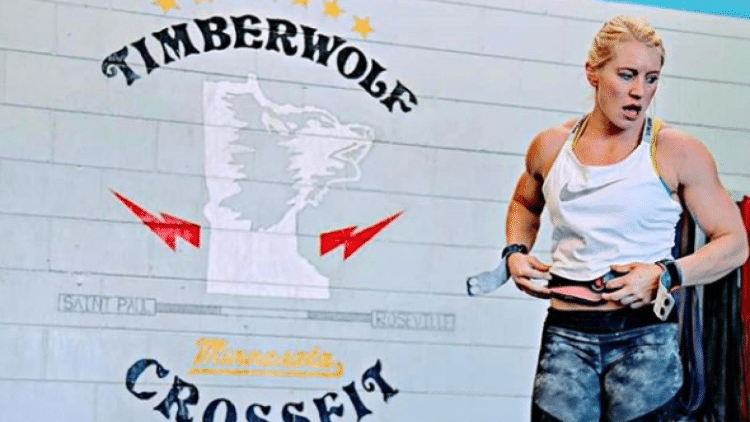 Andrea Nisler may have scored 15th in the 2020 CrossFit Open. However, this was not her intent when she started competing in the event.

Nisler has competed in the Open before, but does not typically see it as an important thing for her to do. In the multiple times that she has competed in the CrossFit Games, she does so as a member of a team. Therefore she has only ever competed at the Open, as a means to qualify for that.

For example, in the 2018 season, Nisler was recovering from a knee injury. However, she was required to take part in the Open to compete in her team. Therefore, she completed one rep of each exercise in the workout.  Her placing in the Open was not important, only that she could compete with her team.

Subsequently, last year that rule was changed. As a result, Andrea Nisler had no need to compete in the Open to compete at the Games. Although things would be different for her again, this year. The Dubai CrossFit Championship Sanctional event made the announcement that they were using the Open as a qualifier for teams. So she was then forced to take part in the Open, along with her other teammates Roy Gamboa, and Travis Williams.

Nisler was not expecting much from her time in the Open.

Nevertheless, Andrea was rather successful when she took to the 2020 CrossFit Open. When the five weeks of workouts ended, Nisler would find herself in the 15th place position, qualifying for the Games as a solo athlete. Moreover, both of her teammates also qualified for solo competition.

Despite the success, Nisler says that her and her teammates agreed to still go as a team. Speaking in a recent interview, she explains the decision, and why she prefers competing as a team.

“The goal was just to qualify the team to Dubai, and honestly I never considered myself an Open athlete by any means. The Open type of duration of workout, and lifting light weights, really isn’t my strong suit. I’m more about intervals, and the I go, you go format you see with team workouts, so I didn’t really have a personal goal.

I’ve only ever done team, to be honest. Well, I did the Granite Games last year as an individual and I was just so sad and lonely the whole time.

I just think I push myself harder when I workout with my team, and I love the mental aspect of it when you have to strategize and take into account other people’s strengths and weaknesses. It’s just way more fun.”

So as it stands, even though Andrea Nisler is able to compete in the 2020 CrossFit Games solo, she is choosing not to. It is mind blowing to see an athlete have such success in the Open, only to compete as a team. Regardless, you will be seeing her and her team, Misfit P10 next month, in Dubai.