In spite of making a historic result just two months ago, Andrew Hause has already improved his squat. 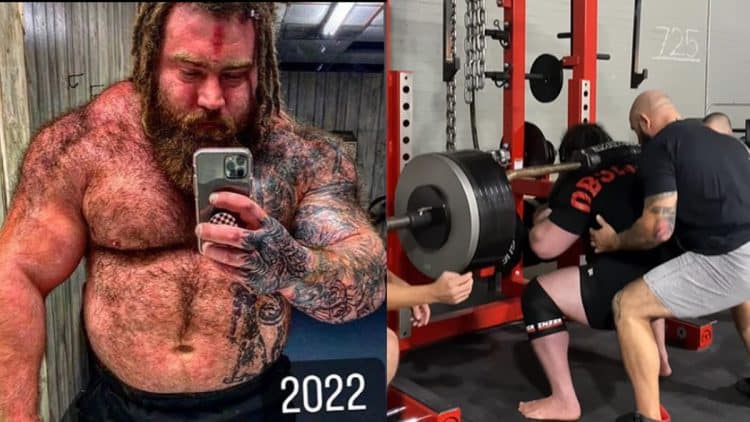 Andrew Hause is one of the few powerlifters who gives 100 percent in everything he does. Whenever he works out, he blasts it with full intensity, which never fails to entertain anyone who watches. Andrew’s approach to his workouts is obviously geared towards improving his abilities, and it’s safe to say that it is constantly working. Furthermore, Andrew recently set a new five rep squat PR of 807 pounds (366 kilograms).

Andrew Hause’s new five rep PR was raw, as he used knee sleeves instead of knee wraps, but it was also beltless. A lifting belt can especially be helpful in the squat event, so this makes Andrew’s newest achievement even more impressive. He also used the Safety Squat Barbell, which helps prevent pain and injuries.

Andrew Hause also shared his future plans in the caption of his Instagram post. So, he is currently 19 weeks out from the 2023 WRPF Ghost Clash 2, which is set to take place on February 18-19, 2023, in Miami, Florida. This will be Andrew’s biggest competition yet, so he will also work hard to ensure that he arrives at the competition in the best physical condition.

The recent 2022 WRPF American Pro has been Andrew Hause’s breakthrough competition. He competed in the Raw With Wraps division and set the All-Time World Record Total of 1,117.5 kilograms (2,463.6 pounds) in the 140-kilogram weight class. Additionally, he set new competition PRs in the squat and deadlift.

Overall, Andrew Hause has taken part in seven sanctioned powerlifting competitions and won all of them. Interestingly, he has never performed a raw squat in a competition, although he is only 24, so there is still plenty of time.

While his next performance is very far away, it’s still very meaningful that Andrew Hause is already setting new PRs. This just makes his upcoming journey more intriguing, as the outcome may be unprecedented. He is not too far away from setting the Heaviest Total In History, so that could be a realistic goal for him.