Aceto said Tonio Burton's recent 2022 Legion Sports Fest Pro victory was a 'foreshadowing of the destruction' Derek Lunsford will cause at 2022 Mr. Olympia. 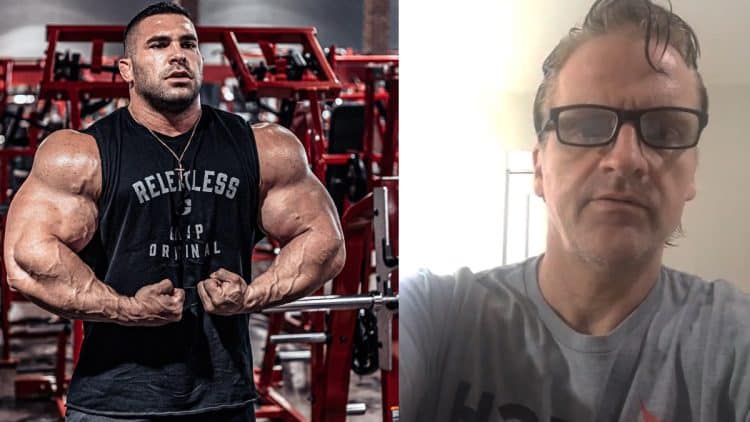 Bodybuilding coach Chris Aceto has helped numerous athletes reach the top of the sport during their time competing. In a recent video, Aceto discussed reigning 212 Olympia winner Derek Lunsford’s chances at 2022 Mr. Olympia in the Open.

“He’s going to destroy that show, Lunsford. Top five for sure. For sure,” says Chris Aceto.

Aceto, who has coached bodybuilders for over two decades, has a wealth of knowledge to fall back on when shaping new talent. The bodybuilding guru is responsible for training some of the greatest athletes the sport has seen. He helped develop and train former Mr. Olympia Shawn Rhoden, four-time Olympia winner Jay Cutler, and 212 standouts like Jose Raymond and Guy Cisternino.

One athlete to show up on Aceto’s radar is last year’s 212 Olympia champion Derek Lunsford. After guest posing in Pittsburgh months ago, Lunsford left the world shocked by his size and ability to stand with other top Men’s Open competitors. Weeks after, his coach, Hany Rambod suggested that he and Lunsford were eying the Open class because making weight for 212 became unsafe.

With Lunsford in the middle of preparations for his Men’s Open debut, bodybuilding guru Chris Aceto sat down to discuss the 212 standout’s chances at Olympia later this year. Aceto sees a lot of promise in Lunsford 10 weeks away from the contest.

In a video with Dave Palumbo, Aceto predicted Derek Lunsford will do a lot of damage at Olympia this year and place in the top five. He added that Tonio Burton’s recent victory at the 2022 Legion Sports Fest Pro is a sign that Lunsford will dominate at Olympia.

Chris says Lunsford had to get “emaciated” in order to make the weight for 212.

“If you go back, and you look at him from the 212 — he was just emaciated to get down [to that weight]. So, Dan Solomon was right — or someone said, ‘he should get the special invite for his health,’ I’m just kidding.”

When asked if Derek Lunsford could have won the 2022 Legion Sports Fest Pro, Aceto kept it short and sweet:

He argued that Michal Krizo and Andrew Jacked had similar conditioning to Lunsford when he guest posed in Pittsburgh.

According to Aceto, including 212 champions in the Men’s Open division at Mr. Olympia adds an exciting dynamic to the contest.

“There’s history there. People will always remember them [212 champions]. So, why not let them jump into it and do any show they want. [He’s] very dangerous. Very dangerous.”

When examining his physique, Chris believes Lunsford had to sacrifice some of his assets to make weight for 212. He said his quads were ‘gone’ the last time he made weight. Given his structure and balance, Aceto is willing to bet money Lunsford makes the top five at Olympia this year.

“The quads are like gone [when he competed in 212]. The width was there. The width and the structure, that front double almost looks like it has droopy pecs,” says Aceto. “I’ll bet [he makes top five]. Bring in the money, my taxes are due in three days.”

“His delts don’t look all that phony baloney. It all looks like it flows and is real…”

In addition to Ramy, Lunsford will be tasked with facing a crop of elite talent in the Men’s Open division. Despite a number of new faces expected to compete at this year’s Olympia, Aceto doesn’t see Lunsford placing anywhere below the top five when all is said and done.