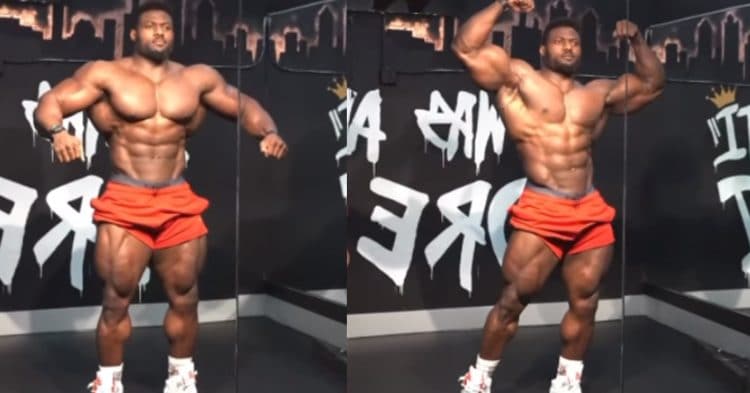 Andrew Jacked has been a consistent force in bodybuilding as of late. Training with bodybuilding godfather Flex Wheeler is paying dividends as Jacked shared on social media some of the insane progress he’s made on his physique.

After dominating at the Emirates Bodybuilding Federation where he was able to win the inaugural event in his division, it’s clear that Andrew Jacked will have a long-lasting impact in the sport of bodybuilding. With a goal to one day compete at Mr. Olympia, Jacked continues to make calculated efforts in the training room to prepare for a stiff 2022 season of competition.

Despite being a relatively young competitor, Andrew Jacked has established himself as one of the most promising prospects on the come-up scene. Recently, the bodybuilding phenom took to Instagram to share a jaw-dropping physique update.

“Success is like a ladder slowly we ascend, the goal is to be the very best I can and not someone else. Yesszzziirrr !!!” Andrew Jacked shared on Tuesday.

The 2022 Arnold Classic Amateur is set to take place a week before the Arnold Classic. Over the years the bodybuilding show has become a very popular one. Fans are privy to seeing rising upstarts establish their names in hopes of one day reaching their potential as a pro.

11-weeks away from the Arnold Classic Amateur and Jacked’s physique is incredibly defined. The rising phenom’s waist is slender yet his upper body looks massive and tight. After training with Flex Wheeler in Las Vegas, Jacked has made steady and noticeable improvements in the training room.

As a front-runner to win the Arnold Classic Amateur, Andrew Jacked is flexing to potential competition that he’s coming in top shape. With Andrew Jacked’s recent physique update, there is little doubt that the aspiring bodybuilder won’t have a huge year in 2022.