Antoine Vaillant finds out if he can compete or not! 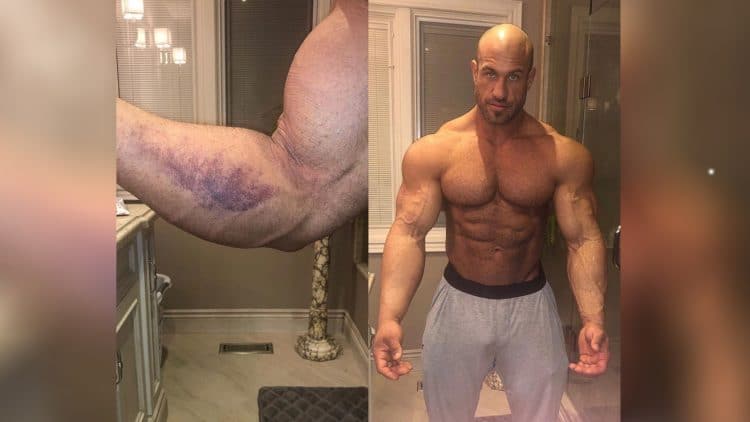 We got news last week that Antoine Vaillant tore his bicep which unfortunately occurred with the Toronto Pro around the corner. But, Vaillant was still hopeful that he may still be able to compete even with the small gap between his bicep muscle and forearm.

Everyone was looking forward to him competing as he’s one of the upcoming stars in the competitive circuit.

However, he definitely tore his bicep pretty good but there likely won’t be too much going on for him in the way of competition for a while.

Check out the video for more information…

We wish the best of luck and hope for a big come back from Antoine Vaillant after his injury subsides. Vaillant is documenting his recovery on YouTube so be sure to follow him through the process for more updates.

Popular Men's Open competitor Antoine Vaillant revealed that a heart issue prevented him from competing in the sport of bodybuilding...

Canadian IFBB Pro Antoine Vaillant has grabbed headlines after revealing a mysterious health issue. The bodybuilder explained in a recent...

It is not uncommon for elite bodybuilders to spend some time in the hospital, dealing with some injuries. The recent...

Evan Singleton was among multiple strongman to be forced out of the 2020 World's Strongest Man with an injury. Now...