Bodybuilder Antoine Vaillant goes in depth on his heart issues and explains why he's chosen not to compete lately. 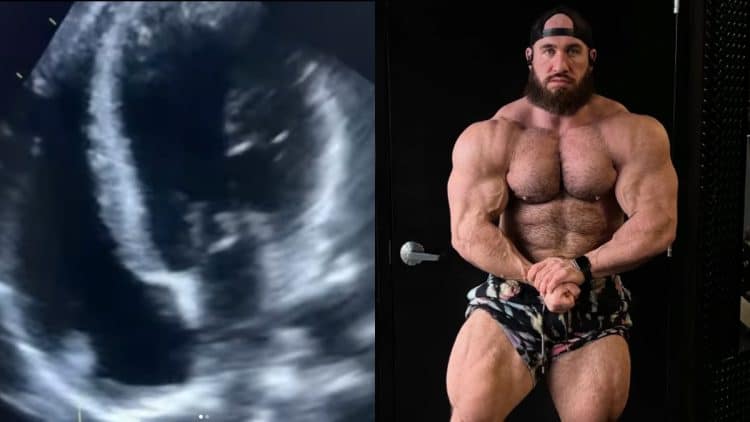 Canadian IFBB Pro Antoine Vaillant has grabbed headlines after revealing a mysterious health issue. The bodybuilder explained in a recent video that he has a heart condition and is unsure when he will be competing at his next show.

Antoine earned his Pro card and began to party shortly thereafter. Following a fourteenth-place finish in the Men’s Open division at 2020 Mr. Olympia, Antoine Vaillant asserted himself as a major player in bodybuilding, especially considering that it was his first crack at the biggest show in the sport. Despite having some success in his young career, Antoine struggled to maintain a regular life and fell into the throes of addiction.

In the last seven years, Vaillant has worked hard to beat the stubborn disease by attending rehab four times. Admittedly, the bodybuilder mentioned after his Mr. Olympia appearance, he once again relapsed. While he’s pointed his finger at addiction given his recent heart issues, it remains uncertain as to why doctors believe he is predisposed to having a heart attack.

Antoine Vaillant Details Process of Getting Heart Checked Out

The bodybuilder shared a video on his YouTube channel where he goes over the process of getting his heart checked out by multiple physicians. Antoine wanted to make sure his health was in good standing before approaching another bodybuilding show.

“Let’s rewind to how I had the idea of testing when I tested. It’s because last year a lot of bodybuilders passed away. I don’t know if it was heart-related or not but there was rumors that it was and stuff and it was still early on and decided to get my own testing done.

Just to make sure I get cleared to compete and stuff because I’ve done an EKG before, and an ultrasound, which checks the function of the heart. So that has always been good and I did it again recently, and that was good. As you can see on the screen right now, my heart is pumping well.” Antoine Vaillant said.

Showing a video of his heart pumping blood, Antoine revealed that doctors have done an EKG and an ultrasound to test the overall function of the heart. He took both tests recently and indicated that the results came back ‘good’. However, when the doctor ran a calcium score test, that’s when they realized that his condition combined with his sex and age put him into the 99 percentile of patients — meaning 99 percent of people turn in a better result than he did. The test revealed potential plaque buildup which can contribute to clogged arteries.

“Then I did the calcium scoring test to see if there would be markers of possible, potential plaque buildup and clogged arteries and things of the sort. As Dr. Khan hooked me out with this and that, I went to this clinic and did this CT scan, it’s like a big donut, a big MRI thing, a deep one. I hate those. Antoine exclaimed. So it was just like a little donut you go in there, and it was without the dye for the contrast. It was just a scan to get the calcium score.

“He was kind of like; well, I was freaking out after. He wasn’t freaking out, but he told me after that we need to do further testing because I’m in the 99 percentile. I said, “what does that mean?” He said, for my age and gender, I’m into 99 percent, I’m in the 1 percent, so 99 percent of people that are my age and sex have a better result than me. So what the hell. Vaillant said. Anyways, it said for my section of age or the 99 percentile or whatever, that I would have a heart attack possible, or a heart attack in 3-5 years.”

With so many bodybuilding deaths last year, Antoine thought it was best to get his heart checked out. After all, no one expected Shawn Rhoden to pass away due to a heart attack when he did. The 2018 Mr. Olympia was only 46 years old when he tragically died.

While Antoine has had his fair share of health struggles, he is uncertain what role his problems with addiction have had on his current situation.

“Yeah, I mean Dr. Jackson is really strict with all the markers and stuff like that. That’s why I didn’t pick a show yet, I just wanted to have the hard thing clarified. Yeah, I mean people, yeah I’m just being very safe. 34 years old, the older you get, the heavier you are and I’m already genetically at risk. Who knows right, I did ask the cardiologist, is it the blood pressure over the years because I did a lot of partying in the past with lots of stimulants that got me to rehab a few times. That got me three hours, I got drug addition. I did that.”

With how many bodybuilders are dying as of late, it’s a refreshing sight to see Antoine making his health a priority. While it’s unclear what exactly is affecting his heart, at least he is taking time away from competition to focus on his health and longevity.