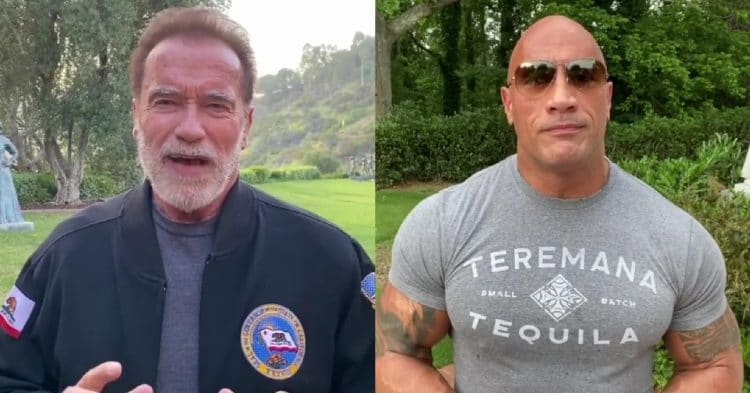 There can be no overstating how difficult these times are in the country. Now prominent members of the fitness community, in Arnold Schwarzenegger and Dwayne Johnson, have issued statements on these confusing times.

People who are engrossed in the bodybuilding community really look up to Arnold Schwarzenegger. That is why, when the alleged wrongful death of George Floyd led to various protests and riots, people were looking to him for his support. Not to mention, he has a political background as well, making his response in this matter all the more important.

Finally Arnold has issued his statement, regarding the situation going on in the world. He took to Instagram to give his support to protestors. Moreover he compared his own struggles as an immigrant to wanting to see equal rights for other people in the United States.

“I want the unlimited opportunity that drew me here in 1968 to exist for every American, regardless of skin color.

“The protesters we see in the streets don’t hate America. They are asking us to be better. They are asking on behalf of our fellow Americans who no longer have a voice: Ahmaud Arbery, Breonna Taylor, George Floyd, and many others.”

Schwarzenegger was not the only person who gave his thoughts on this matter. Hollywood superstar and ambassador Dwayne Johnson took to his own Instagram, to provide support for those outraged by the death of George Floyd. He also pleads for an end to racism, and the division in this nation.

“Past few days I’ve been stunned trying make sense of George Floyd’s death.
The video.
The plea for breath.
The callous response.
The racism.
The killing.
This is our ongoing disease.
I’ve had cops in my family.
Good men.
And there’s a cop code, granting you the authority to use force if your life is in danger.
But when a man is handcuffed, on the ground, no longer a threat, with your brothers in arms standing around watching and he struggles to say, “please I can’t breathe” when your knee is on his neck.. not his back, but his neck – cutting off his air.
Cop code must become moral code.
Ethics code.
HUMANITY code.
Knowing that if you don’t ease up, then that man is going to die.
So when you decide to not ease up, your intention is to kill.
And that’s what this was.
George Floyd, said “officer I can’t breathe” as he struggled for air.
He said these words a total of 15 times. Not once. Not twice.
15 times.
These officers will be charged, I’m positive of that.
Held accountable.
But then where’s the greater accountability?
The leadership to healing.
More importantly, the leadership to EQUALITY.
We ultimately win when we can normalize equality.
I’m so sorry to the Floyd family. My heart breaks for you.
Let the process begin now.”

Of course there are no words that can amend everything that is going on in the world right now. However these messages from Arnold Schwarzenegger and Dwayne Johnson can provide at least some sort of hope for people.