Ashton Rouska fought for every bit of each completed lift in recent training session. 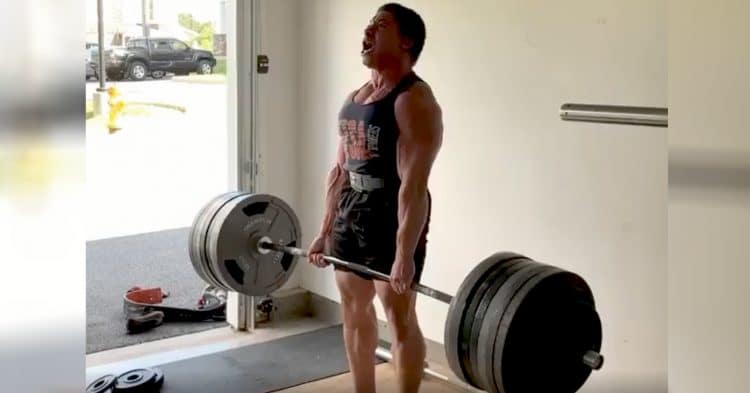 22-year-old Powerlifter Ashton Rouska is at the top of his game right now (or just getting started). He won 1st at the 2019 USAPL Raw Nationals in the 231lb weight class and then set what would have been multiple world records at the 2020 Arnold Sports Festival while weighing 203 lbs.

The following lifts are from the 2020 Arnold Grand Prix…

Note: he wrote the following in parenthesis

However, athletes later found out that their record-setting lifts wouldn’t count as IPF records. It was deemed that the records were not in line with the IPF’s guidelines on drug testing and regulation.

But he’s training harder than ever and in some recent sessions, he put up some incredible numbers which we’ve listed below. Rouska weighed 217lbs at the time of these lifts.

“Fought for every pound today. 9 years of backbreaking labor. The damn thing was done today. To all my loved ones and supporters, you all give me strength the strength I need to do such feats. There’s only one direction from here! “And this…is to go…even further beyond.”

Rouska was sure right about that… he did fight for every inch of each lift and put up some big numbers in the process, which resulted in a 2000+ lb total at 217 lbs.

The young powerlifter has tons of potential and we’re only seeing the beginning of what is to come for him.

We’ll be sure to update you on his progress as things start to return to normal.